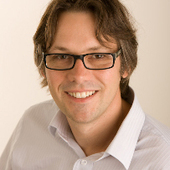 These days it’s fashionable to take your politics with a heavy dash of cynicism. If Martin Amis was right to say that deploring the present was “the summit of idleness” the Australian press gallery looks fixated on besting Edmund Hillary. In fairness, they can’t avoid the truth. Even the measured and constructive Michelle Grattan today notes the alarming erosion of public trust, and the depressing reality that whoever wins in May will inherit a “bitter, sceptical, exhausted electorate”.

But it’s equally true that endlessly retelling the story of our political failures is a trap we must avoid. We have to start a different conversation, one about what really matters: how we can make things better, both for the planet and the many Australians who aren’t doing as well as they might.

Today we are launching a series of articles under the title Advancing Australia: Ideas for a Better Country. It’s an unashamedly earnest attempt to change the conversation just a little, from a sort of endless cry of outrage to a sober, evidence-based discussion of what’s going wrong and how we can make it better. Our Advancing Australia series covers topics from climate and energy, to Medicare, schools and advancing the cause of indigenous Australians. It is written by many of The Conversation’s most informed and thoughtful authors – Michelle Grattan, Warren Hogan, Stephen Duckett, Chris Wallace, Frank Bongiorno, Liz Allen, Susan Harris Rimmer, just to pick a few.

During the campaign these serious contributions to our public discussion will be collected into a book, to be released by Melbourne University Publishing. The book will be launched at a series of live events in major cities. Once we have details confirmed you will be invited to attend and help us change the public conversation.

In the meantime please participate virtually, and constructively, by reading this series and letting us know what you think.