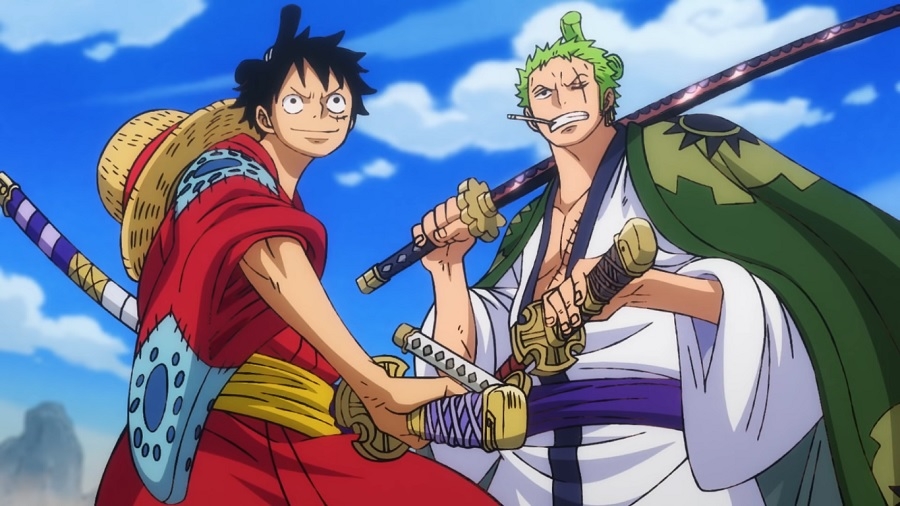 “One Piece” chapter 986 is going to be a major installment with Luffy forging his alliance with Yamato as he removes his handcuffs placed by Kaido since he was 8. The Red Scabbards will remind Kaido of the time he almost died in Oden’s hands.

Luffy removes Yamato’s handcuffs suggesting his future as a pirate

It can be recalled that part of Yamato’s sad backstory is Kaido putting bomb handcuffs on him so he could not leave Wano. He will finally get his freedom in “One Piece” chapter 986 as the leaks indicate the Straw Hat captain will remove it likely without much effort.

Yamato sees that the handcuffs are real bombs and seem more powerful than the common shackles used in Wano prisons. This will make Yamato despise his father even more, but this development might be telling more about his future in the series.

The handcuffs are the only things preventing Yamato from leaving Wano and fulfilling his dream to set sail as a pirate just like Oden did 20 years ago. With Luffy being the one to remove the shackles in “One Piece” chapter 986, it seems like a foreshadowing of Yamato becoming a Straw Hat in the future.

Another major highlight in the leaked pages of “One Piece” chapter 986 is centered on Momonosuke and the Red Scabbards. The Kozuki heir will be freed, in part because of Luffy and Yamato. But to Luffy’s credit, the spoilers mention he will restrain Yamato from attacking his father, saying they are not the ones assigned to initiate the battle. It turns out, it’s the Red Scabbards’ job.

“One Piece” chapter 986 then turns to the sequence of the Red Scabbards’ attack on Kaido. The Kozuki retainers reach Kaido and Momo on stage, and as they lunge at him, Kaido gets a flashback to the time when Oden almost defeated him. The All-Stars attempt to help, but they are immediately stopped by Kawamatsu, Inuarashi, and Nekomamushi.

“One Piece” chapter 986 ends in a cliffhanger. The Red Scabbards will somehow corner Kaido, and they charge at him with their swords. Kaido will be able to stop Neko by grabbing his head, but Kin’emon and Denjiro (aka Kyoshiro) will be able to stab Kaido before they all fall off the stage.

‘One Piece’ chapter 986 release date, where to read

“One Piece” chapter 986 will be released on Sunday, Aug. 2, fans who do not want to see the leaked pages can wait until then. They can read the official English translation for free online on the said date. Just keep checking the official websites of Shonen Jump and Manga Plus or its mobile apps.