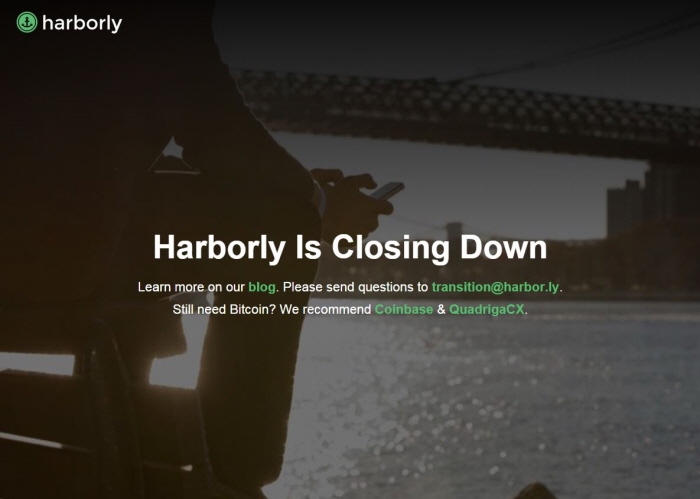 Harborly, a North American bitcoin exchange, has recently announced that it is shutting down its operations, making it the latest addition to the ongoing consolidation of businesses that were part of the original rising tide of bitcoin entrepreneurship.

"When we first launched Harborly just over a year ago, we had the vision of giving our users the simplest, quickest, and safest way to buy and sell Bitcoin globally using their local currency," Harborly said in a blog post.

"Our team has had an incredible and exhilarating journey as a provider within the Bitcoin ecosystem as it experienced highs, lows, and everything in between", the blog post read.

While pointing out the reason behind its decision to shutdown, the company said that it has not been prompted by a hack, fraudulent activity or any security-related incident. Instead, due to recently gained traction in its new venture, it has decided to shift its limited resources from Harborly to the new project.

"We would also like to mention that Harborly is in the process of finding an acquirer, and we're excited to sell to an organization with the resources to see what we started through to the end", it said.