No coups occurred in 2018. Will next year be so stable? 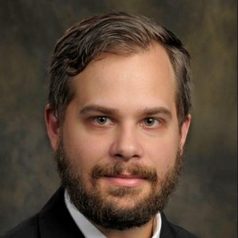 The past year may have felt politically tumultuous, between Saudi Arabia’s brazen killing of journalist Jamal Khashoggi in Turkey, the resurgence of authoritarianism in Eastern Europe and Donald Trump’s unorthodox approach to U.S. foreign policy.

But in some ways 2018 was unusually stable. It is on track to be only the second year in a century without a coup d’état. The last head of state overthrown was Zimbabwe’s Robert Mugabe in November 2017.

There have been 463 coup attempts worldwide since 1950, 233 of which were successful. These undemocratic power transfers have sparked civil wars, triggered authoritarian crackdowns and stunted economic growth.

Coups and coup attempts have existed as long as governments have.

Caesar crossed the Rubicon in 49 B.C. in a coup against the Roman Senate, only to face a counter-coup on the Ides of March. Napoleon Bonaparte took power through a military coup. Hugo Chavez led a failed coup years before winning election.

During the late 20th century, there was a 99 percent chance that at least one coup would happen each year, according to CoupCast, which uses data on elections, economics, conflict, leadership and politics to predict which countries are most likely to see a coup attempt. Coup risk began to decline in 2000, reaching an all-time low of 88 percent in 2018.

This welcome progress on political stability was not evenly distributed across the globe, our analysis of CoupCast data finds. Some regions saw their coup risk decline much more significantly.

Latin America was a 20th-century epicenter of coup activity. Countries like Argentina, Venezuela, Honduras and Bolivia all saw numerous democratically elected leaders overthrown by the military.

Occasionally, Latin American leaders who came to power in a military coup were themselves deposed in a military coup. That’s what happened to Argentine President Gen. Juan Perón in 1955. Perón’s second wife, Isabel, was also overthrown by the military.

But of the 142 recorded coup attempts in Latin America since 1950, only five occurred since 2000. Honduran president Manuel Zelaya’s 2009 ouster by the army was the most recent.

Coups used to be common in Asia, too. In Thailand and Pakistan, in particular, forced leadership change was a hallmark of their turbulent democracies after World War II.

That is changing. Only six of Asia’s 62 recorded coup attempts occurred in the last 18 years.

How Latin America and Asia stabilized

Research on Argentina, Bolivia and other Latin American countries with a history of coup d'etats indicates that in highly authoritarian countries, these events can eventually have a democratizing effect.

Asia’s move away from coups this century was similar to Latin America’s in some ways.

South Korea’s 1961 coup, for example, was followed by rapid economic growth and, decades later, a return to democracy.

But greater interdependence between Asian nations and global superpowers in the post-Cold War period also contributed to broader regional stability. That, in turn, created economic growth that drives democratization and stabilizes nations.

A cycle of instability in some African countries

Political stability in Africa has improved since 2000, but it has not kept pace with Latin America and Asia. The region has had 35 coup attempts in the past 18 years – an average of two per year.

Africans are 10 percent more likely to live through a coup than people in other parts of the globe, CoupCast data shows.

In our analysis, two factors drive Africa’s continued coup risk: the economy and a regional history of coups.

While many African countries have seen substantial economic progress in recent decades – particularly Nigeria, Ghana and Ethiopia – growth remains uneven and overall poverty in the region has declined only marginally since 2000.

Poor economic conditions can trigger popular unrest. Poverty and protests, like those seen recently in Uganda and Malawi, often combine to serve as a signal of support to would-be coup-plotters.

Coups can also create a vicious cycle of political instability. Of the 12 African nations that have seen coup attempts since 2007, half – including Guinea Bissau and Burkina Faso – have had multiple coups.

Latin American countries escaped the coup treadmill after 30 years, despite dire economic and political conditions. Asia emerged from its vicious coup cycle in less time than that.

Africa probably will, too.

And, of course, coup predictions are just that: political analysts’ best guesses. There were no coups in Africa, or anywhere else, in 2018.

Next year, CoupCast shows an 81 percent chance of at least one coup attempt somewhere in the world.