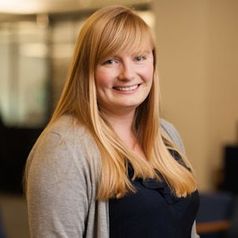 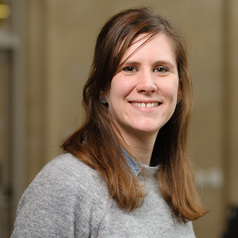 Electronic cigarettes, or e-cigarettes, are a popular aid for quitting smoking, but it is taking time for scientific research to catch up and provide clear answers on how well they work, and whether they are safe to use for this purpose.

An updated review of the evidence, covering 50 studies and more than 12,000 participants, now provides greater confidence that e-cigarettes with nicotine can help more people to quit smoking than traditional nicotine replacement therapy (such as gums or patches) or e-cigarettes without nicotine. However, the evidence is of moderate certainty – and more studies are needed to confirm the degree of effect, particularly testing newer e-cigarette devices.

The review found no evidence of serious harms of e-cigarettes with nicotine. But the data was limited – the longest follow-up was just two years – and considerable uncertainty remains regarding harms.

Smoking kills one in two regular users. Most people who smoke want to quit, but quitting smoking can be extremely difficult, and better treatments are needed.

For many, the arrival of e-cigarettes signalled an exciting opportunity. E-cigarettes represented a new treatment for cigarette addiction, mimicking some of the behavioural, social and pharmacological aspects of cigarettes. But some policymakers remain cautious, despite the increase in research findings that support e-cigarettes for quitting smoking.

The caution behind restrictive regulations is not to do with whether people who smoke should switch to e-cigarettes. While there are still unknowns regarding possible longer-term harms of e-cigarettes, experts generally agree that e-cigarettes are considerably less harmful than smoking, even though they are not completely risk free.

Evali, the e-cigarette-related illness that made headlines last year, raised significant concerns around the safety of e-cigarettes. But it was quickly discovered that this was linked to vitamin E acetate – an additive that has been found in unregulated e-cigarette liquids, typically containing THC (the active ingredient in cannabis). This additive is banned from e-cigarettes in many parts of the world, including Europe.

Helping adults quit and protecting kids are not mutually exclusive. Children whose parents smoke are around three times more likely to smoke in later life. Whereas secondhand smoke is known to cause many health problems in infants and children, including sudden infant death syndrome, the harm of e-cigarette vapour to bystanders appears far less than that from cigarettes.

By acknowledging that helping adults quit smoking is also a way to protect kids, it may be possible to move the debate along. This is needed to craft regulations that both prevent young people from starting to use e-cigarettes and from starting to smoke, and help the adults around them to stop smoking. One approach that has been tried is to reduce the amount of nicotine in e-cigarettes. But studies have shown that this may have unintended effects – people who smoke seem to puff harder on e-cigarettes with a lower nicotine content to get the nicotine levels they seek.

Nicotine is not the chemical that causes the many diseases linked to smoking. In fact, nicotine replacement therapy, which provides nicotine without the other harmful chemicals from cigarettes, has been available to help people safely stop smoking for decades. Despite its wide availability, there is very little evidence that non-smokers use it. This is down to a combination of factors, but marketing and regulation have undoubtedly played important roles.

The tension between “protecting the kids” and “helping adults who smoke” has been getting in the way of clear public health messaging for years. As new evidence emerges, the message remains the same: e-cigarettes with nicotine are not risk free but are considerably less harmful than smoking. Translated into actions: if you don’t smoke, don’t start to use e-cigarettes. If you do smoke, consider switching.