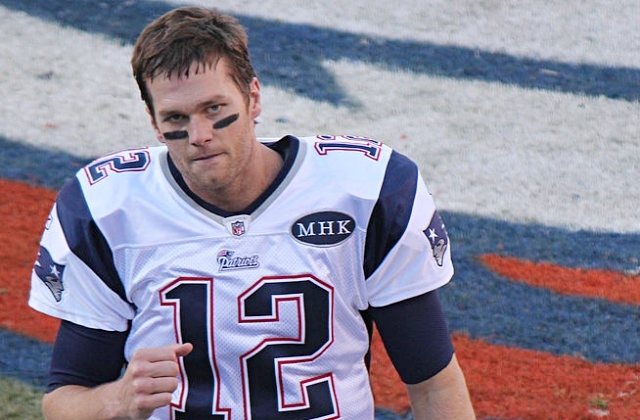 Tom Brady's Autograph NFT Marketplace just welcomed The Weeknd to the company a few days ago. It was reported that the R&B star was venturing further into the non-fungible token business and chose to join the American NFL quarterback's company to fulfill his latest endeavor.

Tom Brady announced his partnership with The Weeknd via social media using a short meme video featuring Daniel Craig. He also included Autograph's announcement that simply reads: "@TheWeeknd has joined the Autograph Board of Directors. Welcome to the family, Abel."

According to FOX Sports Radio, the 31-year-old Canadian singer is not the only notable personality that has teamed up with the NFL player's NFT firm as Autograph has already signed many other big names for multi-year NFT deals.

Just to name a few, Tiger Woods, a world-renowned golf champion; Tony Hawk, a Hall of Fame awardee for skateboarding; Noami Osaka, a tennis Grand Slam champ; Derek Jeter, a baseball Hall of Fame recipient and Wayne Gretzky, another Hall of Famer but in the field of hockey. All of them have also joined Tom Brady's Autograph's advisory board.

.@TheWeeknd has joined the Autograph Board of Directors. Welcome to the family, Abel. ????https://t.co/MJwGTPQ28f

Aside from the big names, Autograph has also inked deals with major companies, including Lionsgate and DraftKings. Both the entertainment and sports company will create their own digital collectibles and release them through the Autograph NFT marketplace.

It was mentioned that Lionsgate is planning to use content from some of its most popular movie and TV franchises such as "Twilight," "Hunger Games," "John Wick," "Mad Men," and "Dirty Dancing." At any rate, with The Weeknd on board, Brady's NFT platform's plan to add music to the marketplace is coming to fruition.

This is also a strategic move for the musician who is aiming to expand his music even more. With Autograph, the "Blinding Lights" singer is expected to launch his newest digital music collectibles soon. Decrypt mentioned that in April, The Weeknd already unveiled some NFT collectibles through Nifty Gateway, so the upcoming ones will be his second batch of non-fungible tokens.

"As an artist, I am always compelled to push the boundaries of how to deliver art within the culture and have been intrigued with NFTs for some years," The Weeknd said in a press release. "When approached by Richard and the Autograph team to enter this emerging technology, I was eager to join them in launching a new vertical in the music space that explores what the Metaverse could be."