NFL rumors: Dallas Cowboys to get a new head coach after season 2019? 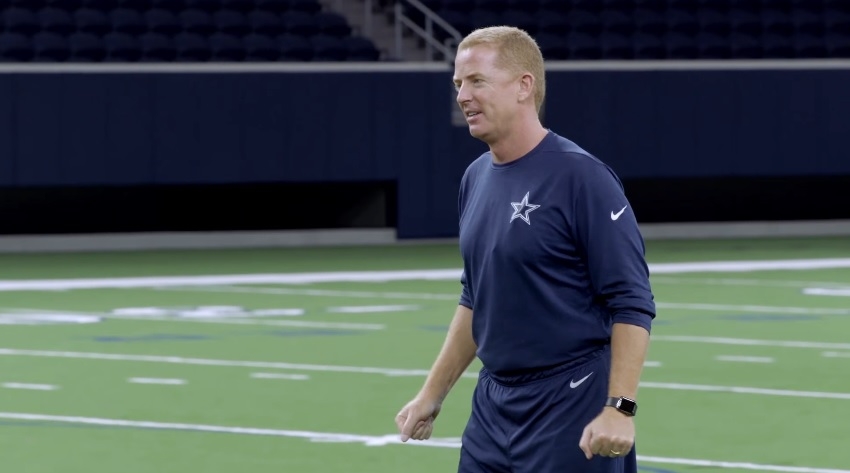 Dallas Cowboys lost a crucial game to the New England Patriots on a rainy Sunday, 13-9. Over a day later, the match is still making headlines as fans, and the media formulate speculations on the status of the working relationship between head coach Jason Garrett and franchise owner Jerry Jones.

NFL rumors are now rife that the latter could be looking at his final year with the Cowboys. Some reports even go as far as suggesting who could be taking Garrett’s job in season 2020.

Jones did not hide his frustration at how the Sunday game turned out for his team, noting that they needed the W more than the Patriots do. In another statement to reporters, the franchise owner noted that the reason why they lost the game was “glaring.” Jones commented, “To me, special teams is 100% coaching. It’s 100% coaching.”

In a separate post-match interview, Garrett noticeably evaded directly addressing Jones’s comments. The Cowboys head coach, instead, stressed that they are now focused on the next game. The Cowboys will face the Buffalo Bills on Thanksgiving, Nov. 28.

Jones’s recent comments become more interesting when fans consider the fact that Garrett does not have a guaranteed contract renewal with the Cowboys after season 2019. Garrett has a long-running career with the Cowboys starting as an offensive coordinator (2007) and an assistant coach (2008) through 2010. He took the head coaching job in 2011 and then signed a five-year deal with the team in 2014.

It is obviously still too early to talk about possible changes in the Cowboys coaching staff for season 2020. But with Jones’s public comments going viral, betting odds have now started on who could replace Garrett. Some of the favorites are recently retired NCAA coach Urban Meyer and current Oklahoma Sooners coach Lincoln Riley.

Meanwhile, there are also rumors that Garrett might not have a hard time landing a new contract should the Cowboys let him go next year. NFL Network’s Ian Rapoport reported that the New York Giants are interested in possibly signing Garrett.