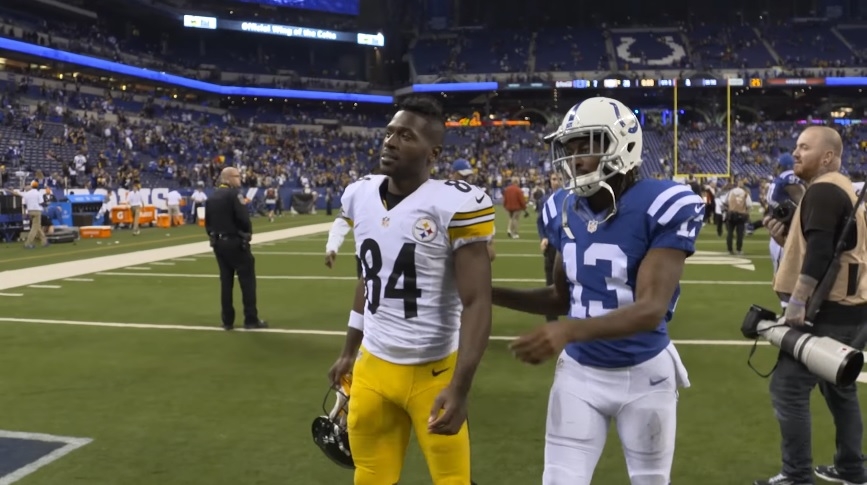 National Football League (NFL) teams now have only one week left to make their final arrangements to their rosters as this year’s final trade deadline approaches. As the organizations shop for the most favorable deals they can get, fans should expect the NFL rumor mill to stay active in the coming days.

The latest NFL rumors suggest that Antonio Brown could get back to the league despite a controversy-filled season 2019. Meanwhile, there are also reports that the Denver Broncos are open to moving Emmanuel Sanders when offered the right trade deal.

NFL rumors: Antonio Brown still has a chance of getting signed

Season 2019 is the first year in Brown’s professional career that he is playing in a uniform that is not the Pittsburgh Steelers. But since Brown signed with other teams, he has encountered a string of controversies ultimately leading to getting released from the Oakland Raiders and the New England Patriots.

Some fans might have thought that it is going to be difficult for Brown to bounce back, but reports have it that the wide receiver is gathering interest from several teams that could make his NFL return happen. CBS Sports’ Jason La Canfora reports that “numerous teams are keeping a close eye” on the 31-year-old wide receiver. Since Brown is, technically, unsigned teams interested in having the seven-time Pro Bowl player can worry about him even after the trade deadline on Oct. 29.

Brown was traded by the Steelers to the Raiders, but he was released even before the season started after a slew of incidents that included an altercation with general manager Mike Mayock. Not a day later, he was signed by the New England Patriots, where he managed to play one game. But the franchise released Brown after several victims came out and accused him of sexual assault.

NFL rumors: Broncos to move Emmanuel Sanders if the offer is right?

Denver Broncos are reportedly active in the final week before the trade deadline hits. The franchise is rumored open to trading Sanders for the right offer. ESPN’s sources claim the right price includes a second-day draft pick and that the Broncos are very likely finding the right deal for Sanders in time for the Oct. 29 deadline. The wide receiver is purportedly attracting several suitors, including the Patriots, Philadelphia Eagles, and San Francisco 49ers, among others.