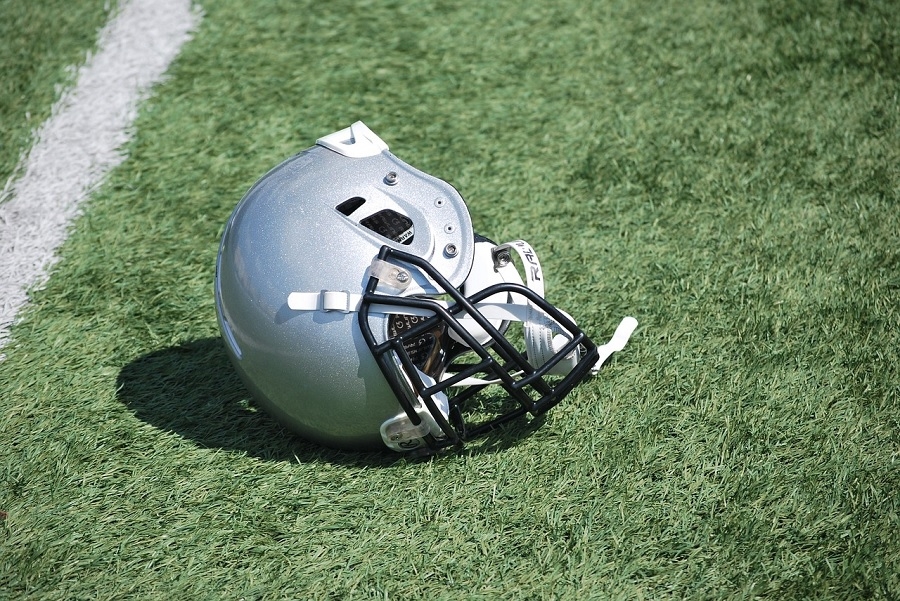 Seen in the photo is a helmet used by American football players. | Photo by andzelikatokarska / Pixabay

Oakland Raiders’ Antonio Brown is still not ready to let go of his helmet. The National Football League (NFL) wide receiver reportedly filed another complaint on the issue shortly after he purportedly joined his new team’s training camp.

Earlier this month, independent NFL arbitrators ruled against allowing Brown from using his preferred Schutt AiR Advantage helmet. It turned out to be a major issue to the athlete who even threatened to retire if he will not be allowed to have his preferred helmet, at least, for season 2019.

Now, Brown reportedly filed another complaint against the NFL over the same issue. “Per source, Antonio Brown has filed a new grievance against the NFL over its attempt to prevent him from wearing any Schutt AiR Advantage helmet less than 10 years old,” ProFootballTalk tweeted.

Per source, Antonio Brown has filed a new grievance against the NFL over its attempt to prevent him from wearing any Schutt AiR Advantage helmet less than 10 years old.

This update comes very shortly after league sources confirmed that the 31-year-old athlete has just joined his new team for practice. Brown has just been traded by the Pittsburgh Steelers to the Raiders when this old helmet fiasco broke out.

Can Antonio Brown win this time?

This serves as Brown’s second grievance filed to the NFL. The first one was decided by an independent arbitrator that ruled against his favor, thus, prohibiting him from using helmets older than 10 years. Sports reporter Mike Florio suggests that Brown’s camp may have identified some loopholes in this issue.

For one, the brand Schutt AiR Advantage was not part of the banned helmets the NFL identified last year. So Brown might have a chance in winning this one if he finds a helmet from the same manufacturer as long as it is produced within the last 10 years.

Over the weekend, it was reported that the athlete found the same brand of helmet manufactured in 2014. However, if he does find one, such helmet must still be certified by the National Operating Committee on Standards for Athletic Equipment.

To be fair to Brown’s new team, they did show open support to his insistence on using the helmet he likes. Raiders head coach Jon Gruden previously said he supports Brown and that he understands the helmet issue is “personal” to Brown.

However, Raiders general manager Mike Mayock sounded a little fed up with the continuing drama, especially after the arbitrators’ first ruling allegedly fueled Brown’s to leave training abruptly. Mayock reiterated they "exhausted all avenues" to help in Brown’s helmet requests. But with the drama apparently not ending soon, Mayock said, “From our perspective, it's time for him to be all-in or all-out. So we're hoping he's back soon."