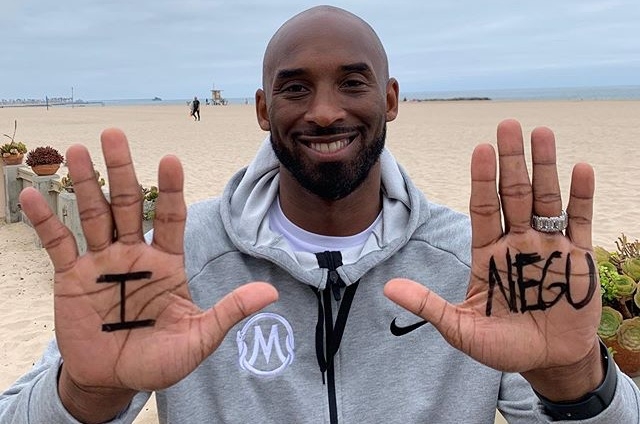 Kobe Bryant retired in 2016 after playing 20 seasons with Los Angeles Lakers. But then, he is still active in basketball after taking up the responsibility of coaching his daughter’s basketball team.

Bryant is known for his competitiveness and the what they call the “Mamba Mentality” so when he uploaded a photo of himself and his basketball team yesterday - and added a caption that reads: “Here’s our fourth place “winners” picture lol six of the kids in the picture stayed with me and worked every single day to get better and continue to work to this day,” Bryant wrote on Instagram. “The 7th player missed this game for a dance recital so that should tell you where her focus was at this time, meaning she enjoyed dance more than ball which is fine.”

Bryant’s caption did not sit well with some people

Kobe Bryant is known for the Mamba mentality and as mentioned on ABS-CBN Sports report, the NBA star explained that it means “to be able to constantly try to be the best version of yourself.” This is also the exact reason why he is being criticized as it appears that he shamed the girl player who did not attend the game for a dance recital.

Some people interpreted Bryant’s caption like he was trying to impose the ruthless competitiveness that he was known for. They said that he is also trying to apply that Mamba mentality to the girls he is coaching with when they are just youths who are playing for their school. They are not professional players at all so why be hard on them.

Houston Chronicles’ editor, Matt Young, reposted Kobe Bryant’s post and told him to relax. The retired NBA player responded that doing the dance to miss the game is not a bad thing, he is just explaining why the 7th player in his team is missing and why none of them is smiling in the photo.

One commenter named Josh Fortunatus said that the girls should just find a new coach if who they have right now is this savage. To this comment, Kobe Bryant said that he was just giving the reason why the girl is not in the picture and adding, “Our team has become family and this includes the 7th player.”

In any case, the main message that was sent to Kobe Bryant after his Instagram post is that he was a little harsh when he mentioned about the girl’s dance recital which he shouldn’t have mentioned at all. In spite of this, many showed support by saying that they find his coaching way to be good and he just did and said what a committed coach would say.