Must the president be a moral leader? 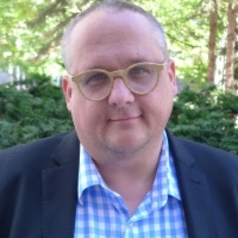 The best presidents – including figures such as Abraham Lincoln and George Washington – are celebrated not only as good leaders, but as good men. They embody not simply political skill, but personal virtue.

Why, though, should anyone expect a president to demonstrate that sort of virtue? If someone is good at the difficult job of political leadership, must they demonstrate exceptional moral character as well?

Voters disagree about the extent to which the president must demonstrate moral leadership. Scholars who study political ethics disagree as well.

Those who insist that the president must be virtuous often begin with the thought that a person in that office will face new and unanticipated problems during his or her term. A president whose decision-making is informed by a consistent character, will, in the face of new challenges, rely upon the lessons that have built that character.

As scholar James David Barber wrote, the best way to understand a president’s likely responses to a crisis is to understand what that president values most highly.

Abraham Lincoln, for instance, consistently and publicly referred to the same set of moral values throughout his life – values centered on a deep, while imperfect, belief in the moral equality of people. These principles provided him with guidance throughout the horrors of the Civil War.

A president whose decisions are not grounded in the right sort of ethical values may be less well-equipped to respond well – and, more importantly, might be frighteningly unpredictable in his or her responses.

Other political ethicists have emphasized the ways in which democracies can fall apart in the absence of personal virtue. Conservative thinkers, in particular, have argued that political institutions can only function when all those who participate within them are capable of compromise and of self-government. Rules, to put it simply, don’t work unless people governed by those rules care about them and voluntarily choose to abide by them.

If this is true of citizens, it is even more true of the president, whose opportunities to damage the system through unprincipled actions are so much greater. 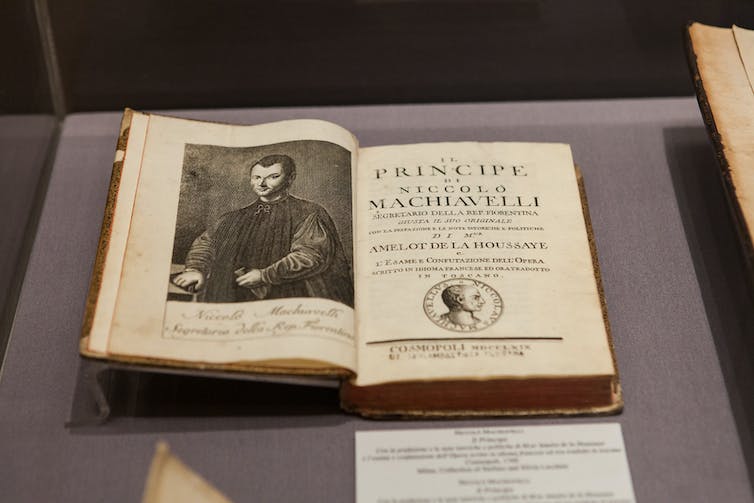 Niccolò Machiavelli believed that political life demands certain characters that could be understood as vices. Italy in US/Flickr.com, CC BY-ND

These arguments have been met with powerful objections. Political philosophers – including, most prominently, Niccolò Machiavelli – have argued that the nature of political life requires a willingness to demonstrate habits of character that would ordinarily be understood as vices. The good leader, insisted Machiavelli, is morally right to do what is usually taken as wrong. He or she must be cruel, deceptive and often violent.

The philosopher Arthur Applbaum refers to this as role morality. What a person is right to do, argues Applbaum, often depends upon the job that person is doing. The good lawyer, for instance, may have to bully, browbeat or humiliate hostile witnesses. That is what a zealous defense might require. Machiavelli notes simply that, in a hostile and brutal world, political leaders might have similar reasons to do what is usually forbidden.

Modern philosophers such as Michael Walzer have continued this line of reasoning. If the world is imperfect, and requires a politician to lie, cheat or otherwise do wrong in the name of doing good, then there is sometimes a moral reason for the politician to do that wrong.

George Washington, for example, was quite happy to engage in deception, if that deception would help protect the United States. He consistently sought to deceive his adversaries about his intentions and his resources – and, importantly, sought to deceive his own subordinates, reasoning that a lie must be believed at home for it to be useful abroad.

A president who refused to engage in this sort of deception, argues Walzer, would be choosing to keep his or her conscience clear, instead of providing some genuine and concrete help to others. Walzer’s conclusion is that a good political agent must often refuse to be a good person. It is only by sometimes doing what is ordinarily wrong, that the politician can make the world better for all.

Virtue, vice and the presidency

These ideas have, of course, been a part of many long-standing debates about presidential morality. Henry Kissinger, for instance, defended the Nixon administration’s decision to seek the firing of the special prosecutor, based upon the need for that administration to present itself to the Soviet Union as both powerful and unified.

It was not necessary, Kissinger wrote later, that the American leadership displayed personal virtue. It was enough that their decisions enabled a society in which the American people were capable of demonstrating that virtue.

More recently, many evangelical supporters of President Trump have used the Biblical story of Cyrus the Great, an ancient Persian king, to explain their continued support for the president. Although Cyrus was not himself Jewish, he chose to free the Jews held as slaves in Babylon. Evangelical leader Mike Evans noted that that Cyrus, like Donald Trump, was an “imperfect vessel,” whose decisions nevertheless made it possible for others to live as God wished them to. 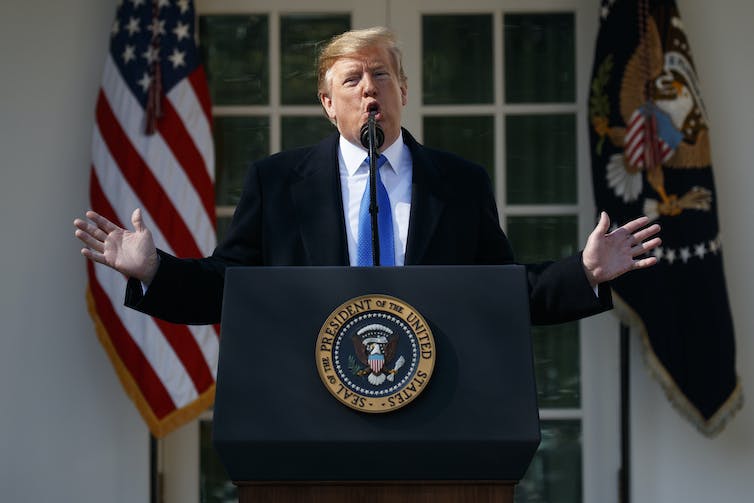 Some evangelicals have used the Biblical story of Cyrus the Great, to explain their continued support for the President Trump. AP Photo/ Evan Vucci

So, too, some evangelicals argue that President Trump’s own seeming lapses of virtue might not disqualify him from the presidency – so long as his decisions enable others to lead lives exemplifying the virtues he does not always show himself.

These debates – between those who seek a president who models ethical virtue, and those who would regard that desire as misguided at best – are likely to continue.

One thing that must be acknowledged, however, is that even the best defenses of presidential vice cannot be taken to excuse all forms of moral failure.

Machiavelli, and those who follow him, can at most be used to defend a president whose vices are effectively able to create a more ethical world for others. Not all sorts of wrongdoing, though, can plausibly be thought to have these effects.

Some vices, such as an outsized confidence, or the will to use violence in the name of justice, may be defended with reference to the ideas of Machiavelli or Walzer.

Other ethical failings, however – such as a vindictive desire to punish perceived enemies – often seem less likely to lead to good results. This sort of failure, however, appears to be common among those who have sought the presidency. It is a failure, moreover, that does not depend upon party affiliation.

In recent years, for example, both Lyndon Baines Johnson and Richard Nixon took particular delight in humiliating and degrading their political adversaries. Both, perhaps, might have been better leaders, had they been more reflective about when and how to wrong.

In presidential politics, all parties might at least agree on this much: If there is sometimes a reason to seek an ethically flawed president, it does not follow that all ethical flaws are equally worth defending.