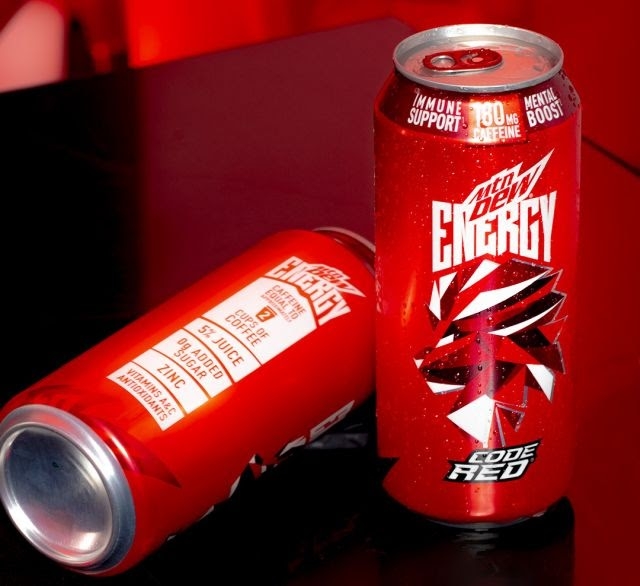 Mountain Dew has released an energy drink version of the Code Red soda that contains 180 mg of caffeine, zinc, Vitamins A and C, and antioxidants.

Each 16-ounce can have 25 calories, five grams of carbs, and no added sugars, according to the PepsiCo website. According to a press release from the business, "It's the ideal energy boost for when you need it most."

It's been a busy year for Mountain Dew thus far. PepsiCo introduced Hard Mtn Dew in January, a 5 percent ABV alcoholic variation of their well-known sodas.

Mtn Dew Typhoon, a flavor option that hadn't been offered since 2011, was once again made available in May by the firm. Additionally, Mtn Dew Purple Thunder was introduced, a curiously colored flavor available only at Circle K convenience stores.

A month later, it unveiled Mtn Dew Overdrive, a flavor only offered at Casey's brand of convenience stores.

Mtn Dew's chief marketing officer, Pat O'Toole, claims that the company is constantly working to develop the best tastes with the best partners.