Moviegoers in S.Korea Get Over 50% Discounts 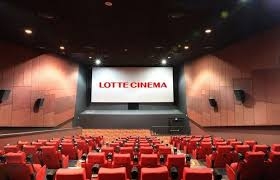 Discounts are expected to help pack the cinemas in South Korea

The Korean Film Council (KOFIC) will be giving out over 50% in discounts to cinemagoers for three weeks beginning Monday to help resurrect the pandemic-bruised industry.

A 6,000 won discount coupon per movie ticket, priced around 10,000 won on average, will be given for films screened Thursday through Sunday.

CGV, Megabox, and Lotte Cinema, the three largest multiplexes in the country, will distribute the coupons through their websites.

Each person will be limited to two coupons per week on a first-come, first-served basis.

Smaller or independent cinemas also get a share of the discount coupons.

The discounts were for distribution around May 21, but the sudden eruption of mass infections from the Itaewon caused the postponement.

The number of theatergoers in April dropped by around 94 percent from the same month last year.

The film industry's sales may plunge by as much as 70 percent from last year as the releases of 75 new films were postponed.

With several films hitting the silver screen in the coming weeks, KOFIC has reassured that safety measures will be observed, such as distanced seating and checking of temperatures.