‘Money Heist’ season 5: Series confirmed for fifth and sixth installments; Fans theorized Tokyo will be the only one to remain alive 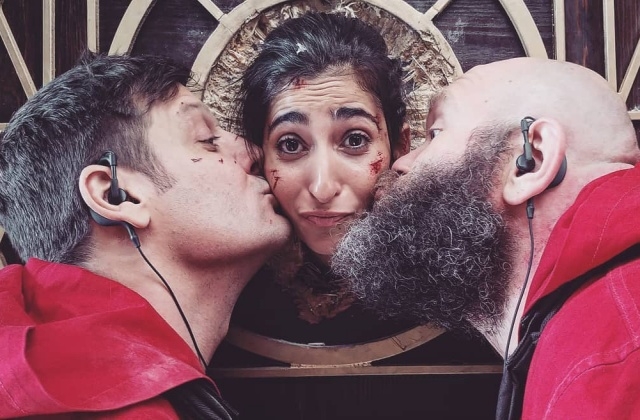 “La Casa de Papel” that is now popularly known as “Money Heist” on Netflix is already on its fifth season after a rough start. It originally premiered in 2017 in Spain and did not do well.

At that point, it was on the verge of being canceled when Netflix bought the rights to air it on its streaming platform. As if it was a miracle, the drama gained so many viewers worldwide until it became one of the streaming giant’s most-watched foreign-language shows.

From nearly being canceled, now the drama is on its way to unveiling “Money Heist” season 5 as the viewers’ responses were really overwhelming. Surely, they have avoided a big crisis and was saved by a foreign company.

“Contrary to what it seems, the life of the series is the story of a failure,” screenwriter Javier Gomez Santander said in one of his past interviews. “Antena 3 cut the number of planned chapters. The series maintained decent figures, but nothing special. But I did have this idea that this poor series deserved something more then it happened.”

While fans wait for “Money Heist” season 5, they are starting to reveal theories after analyzing the plot and events that happened in the previous installment. In particular, they are mentioning things about what will happen to Tokyo in the upcoming episodes.

As per Express, some fans theorized that Tokyo will be the one remaining member of the heist squad as everyone else will die after the authorities go after them. All the others will lose their lives at some point in “Money Heist” season 5 while Tokyo lives.

What’s more, another one said that she will have a connection with Nairobi’s son. They said that one scenario that will have them meet is when Tokyo is jailed. Axel will visit her there, and she would tell him stories about his mom.

Tokyo and Nairobi were really close to the point that they are like sisters already. Thus, she can tell many stories to the latter’s only child. “I actually think they all end up dying except Tokyo but like you said she's telling the story from jail,” one commented.

Season 5 and 6 renewal and release update

“Money Heist” season 5 has been renewed, and there were reports that the sixth was also confirmed Tribune reported that this crime drama is returning on April 5, 2021, and season 6 will follow shortly in the same year.