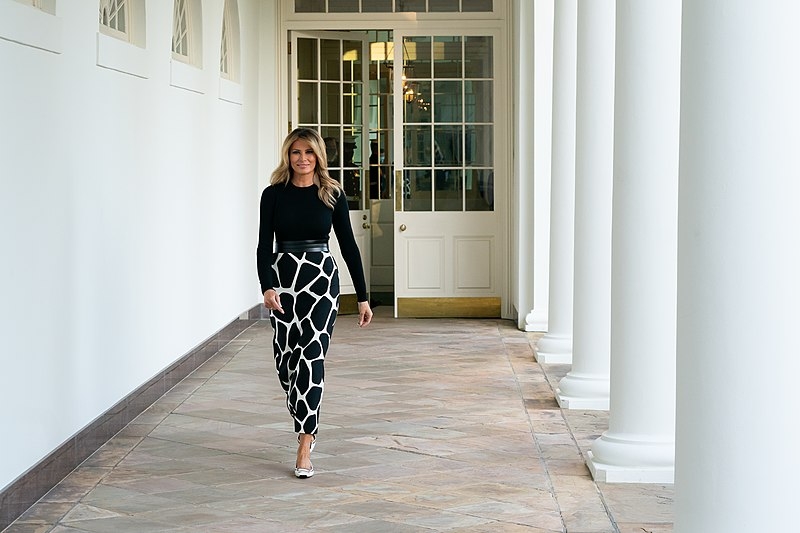 Many political figures have often ventured into writing memoirs about their time as active public servants or even in the midst of their tenures. Outgoing first lady Melania Trump may soon be one of them as she is reportedly in talks to write her own memoir.

Soon-to-be former first lady Melania Trump is reportedly in talks to write a memoir of her time in the White House. She is set to leave the White House in January 2021, following the inauguration of Joe Biden into the presidency. Melania is expected to reside in the Trumps’ Mar-a-Lago resort in Florida full-time and according to people knowledgeable in the matter, it is certain that her exit from the White House may not be done quietly.

“Melania is in meetings to write her White House memoir,” said the person familiar with the matter. “And it would be her money -- a chance for her to earn on her own.” The source has also noted that her husband Donald Trump is among those who encouraged her into writing one.

Should Melania publish her White House memoir, it would be following the tell-all book written by her former friend and aide Stephanie Winston Wolkoff. Wolkoff revealed her relationship with the first lady as well as released secret recordings of their personal conversations, one of which revealed Melania’s rant towards the media and Christmas at the White House. Melania has since blasted Wolkoff through a statement released via the White House, claiming that Wolkoff barely knew her.

Writing a memoir could help the first lady shed light on the real story behind some of her infamous moments. Among them is her “I really don’t care, do u?” jacket that she wore while visiting detained children at the border.

Meanwhile, Melania expressed her appreciation to the volunteers who helped decorate the White House for Christmas. The tree that would be decorated for the upcoming holiday was revealed to have arrived last week, kickstarting preparations to get the executive residence in the holiday spirit in the midst of an ongoing pandemic.

“This weekend, volunteers from all across America have come to decorate the @WhiteHouse for the holiday season. Thank you for your time, enthusiasm & devotion to make sure the spirit of peace & joy fill the historic rooms & halls of the People’s House! #WHChristmas” tweeted Melania over the weekend.