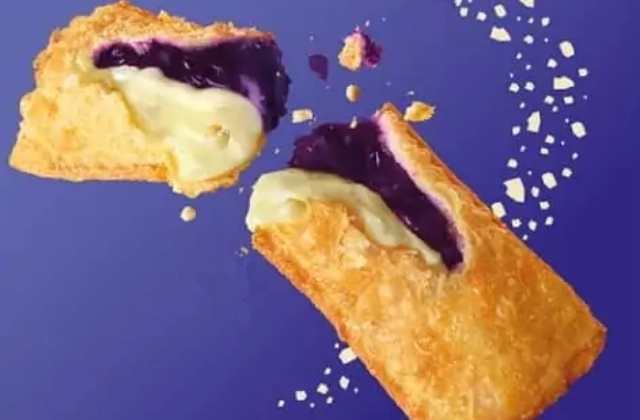 McDonald's just brought back one of the favorite desserts, and it is now back in its stores. The fast-food chain is excited to reveal the return of its Blueberry & Crème Pie.

As its name suggests, this McDonald's dessert has blueberries and vanilla cream inside its flaky baked crust. Then again, this item is only returning for a short time and will be available in some participating McDonald's restaurant outlets.

As per ChewBoom, it was in June 2017 when the McDonald's Blueberry & Crème Pie was last added to the menu list in stores. Today, it is said to cost just 89¢, and one customer already bought it in Southern California.

It should be noted that the Blueberry & Crème Pie will only be around for a limited time since it is now considered as one of the popular seasonal food items at McDonald's. Also, customers should not confuse this with Blueberry Cream Cheese Pie because they are said to be different. Although they are both products of McDonald's, the cream cheese variant was only released in Malaysia.

Mashed reported that the arrival of the much-loved fruity pie dessert was heartily welcomed by customers, and they can also be bought in two's for only $1.50 in many store outlets. For customers who want something else aside from the original apple pie at McDonald's, the Blueberry & Crème Pie will not disappoint with its blueberry and vanilla filling that is made even more delicious with the tasty crust.

"The crust was slightly flaky with a nice, crispy surface. Inside, the creme was sufficiently creamy and sweet," Pop Culture quoted a customer as saying as he reviewed the treat that is making its comeback. "It paired nicely with the blueberry filling, which was fruity with a definite note of blueberry but was only slightly tangy. Neither filling was too runny and there were some whole blueberries in there. There was a good amount of filling inside and a well-balanced filling-to-crust ratio."

Meanwhile, it was not mentioned until when the Blueberry & Crème Pie is available at McDonald's stores in the U.S. But it will probably stay for a few weeks, so there is still time to grab this dessert before it is gone again.