Mathematics is about wonder, creativity and fun, so let's teach it that way 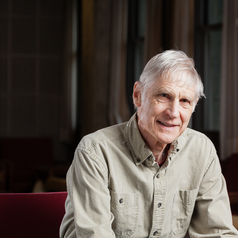 Alice in Wonderland enthusiasts recently celebrated the story’s anniversary with creative events like playing with puzzles and time — and future Alice exhibits are in the works. The original 1865 children’s book Alice’s Adventures in Wonderland, sprung from a mathematician’s imagination, continues to inspire exploration and fun.

But is a connection between math and creativity captured in schools? Much discussion across the western world from both experts and the public has emphasized the need to revitalize high school mathematics: critics say the experience is boring or not meaningful to most students. Experts concerned with the public interest and decision-making say students need skills in critical thinking, creativity, communication and collaboration.

Mathematicians, philosophers and educators are also concerned with the excitement and energy of creative expression, with invention, with wonder and even with what might be called the romance of learning.

Mathematics has all the attributes of the paragraph above, and so it seems to me that what’s missing from high school math is mathematics itself.

I am now working with colleagues at Queen’s University and the University of Ottawa to develop RabbitMath, a senior level high-school math curriculum designed to enable students to work together creatively with a high level of personal engagement. My preparation for this has been 40 years of working with teachers in high-school classrooms.

In partnership with grades 11 and 12 math teachers, we will be piloting this curriculum over the next few years.

When students study literature, drama or the creative arts in high school, the curriculum centres on what can be called sophisticated works of art, created in response to life’s struggles and triumphs.

But currently in school mathematics, this is rarely the case: students are not connected to the larger imaginative projects through which professional mathematicians confront the world’s problems or explore the world’s mysteries. 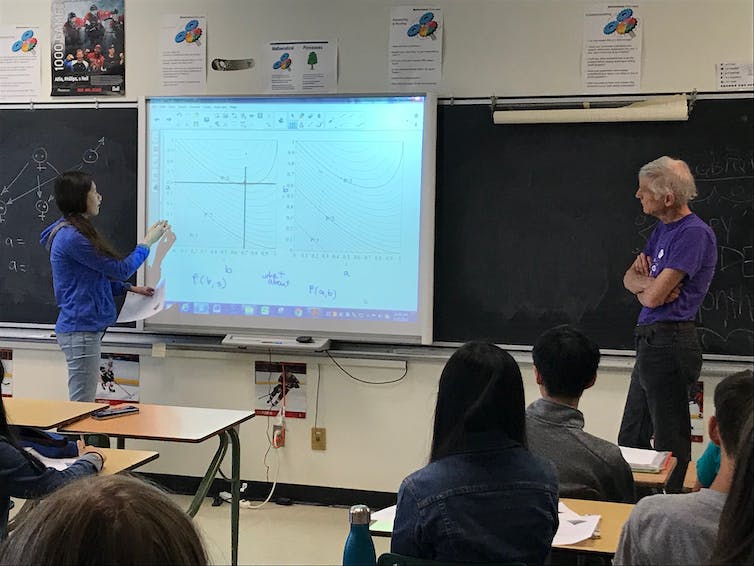 Mathematician Jo Boaler from the Stanford Graduate School of Education says that a “wide gulf between real mathematics and school mathematics is at the heart of the math problems we face in school education.”

Of the subject of mathematics, Boaler notes that:

“Students will typically say it is a subject of calculations, procedures, or rules. But when we ask mathematicians what math is, they will say it is the study of patterns that is an aesthetic, creative, and beautiful subject. Why are these descriptions so different?”

She points out the same gulf isn’t seen if people ask students and English-literature professors what literature is about.

In the process of constructing the RabbitMath curriculum, problems or activities are included when team members find them engaging and a challenge to their intellect and imagination. Following the analogy with literature, we call the models we are working with mathematical novels.

For example, one project invites students to work with ocean tides. It would hard to find a dramatic cycle as majestic as the effect of that sublime distant moon on the powerful tidal action in the Bay of Fundy.

In the 1970s, the extraordinary mathematician and computer scientist at Massachusetts Institute of Technology, Seymour Papert, noticed that in art class, students, just as mature artists, are involved in personally meaningful work. Papert’s objective was to be able to say the same of a mathematics student.

I had a parallel experience in 2013 when I was the internal reviewer for the Drama program at Queen’s. I marvelled at students’ creative passion as they prepared to stage a performance. And they weren’t all actors: they were singers, musicians, writers, composers, directors and technicians.

In Papert’s curriculum model, students with diverse abilities and interests work together on projects, whereby they collaborate on problems, strategies and outcomes.

As a pioneering computer scientist, Papert understood that students could directly access the processes of design and construction through digital technology. Papert used his computer system LOGO for this technical interface. LOGO was limited in its scope, but Papert’s idea was way ahead of its time.

Students in the RabbitMath classroom will work together using the programming language Python to construct diagrams and animations to better understand their experiments with springs and tires, mirrors and music. They will produce videos that can explain to their classmates the workings of a sophisticated structure.

Today, technology, the internet, computer algebra systems and mathematical programming provide possibilities for immediate engagement in processes of design and construction — exactly what Papert wanted. The platform for RabbitMath is the Jupyter Notebook, a direct descendant of LOGO.

For too many years, real progress in school mathematics education has been hamstrung by a ridiculous confrontation between so-called “traditional” and “discovery” math. The former is concerned with technical facility and the latter is about skills of inquiry and investigation.

There is no conflict between the two; in fact they support each other rather well. Every sophisticated human endeavour, from conducting a symphony orchestra to putting a satellite into orbit, understands the complementary nature of technical facility and creative investigation.

Stanford University Graduate School of Education mathematician Keith Devlin advises parents to ensure their child has mastery of what he calls number sense, “fluidity and flexibility with numbers, a sense of what numbers mean, and an ability to use mental mathematics to negotiate the world and make comparisons.” But for students embarking on careers in science, technology or engineering, that is not enough, he says. They need a deep understanding of both those procedures and the concepts they rely on — the capacity to analyze and work with complex systems.

A high-school math class is a rich ecosystem of differing abilities, capacities, objectives and temperaments.

The educator’s goal must be to enable a diverse mix of students to work together in a math class as creatively and intensely as students in the drama program, or to bring the same personal passion as they might to writing fiction.