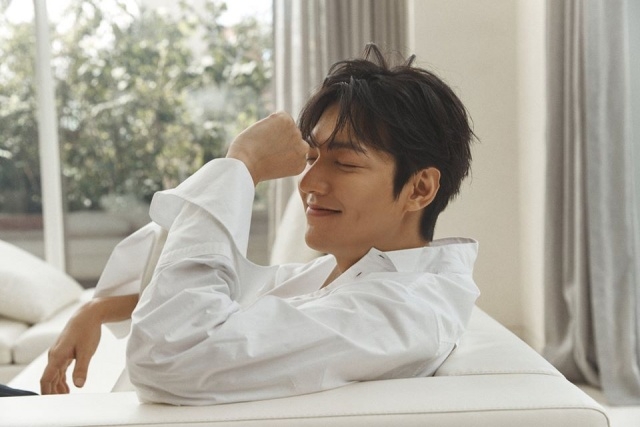 Lee Min Ho and Jung Il Woo are known to be close friends. In the Korean entertainment business, their colleagues know that they have been friends even before they become actors and made it big in the industry.

Now, Il Woo is currently appearing in the variety show called “Fun_staurant,” and in its latest episode, he talked about his long-time friend Lee Min Ho. Allkpop reported that “The Heirs” actor’s name was mentioned when one host asked who was more popular when they were in high school.

The question came when they were visiting a soondae restaurant to dine, and Jung Il Woo commented that the food’s taste did not change. "It's the same taste from long ago,” he said. “It makes me think of the past. I used to go on dates with my girlfriend here. There were two famous people in the neighborhood when I was in high school and it’s Lee Min Ho and Jung Il Woo."

He then went on to say that between him and Lee Min Ho, he is a bit more popular when they were younger. These days, although the latter is obviously more popular, it can’t be denied that Il Woo has a large follower as well, and he is famous even overseas.

In high school, both Min Ho and Il Woo hear stories about each other, so even though they have never met before, they already knew something about one another. They were then introduced by a mutual friend and they hit it off from the start.

“Lee Min Ho is my closest friend and we’ve been friends since our school days but we’re complete opposites and the only thing that we have in common is our taste in food,” Soompi quoted the “Cinderella with Four Knights” star as saying. “We eventually came to respect each other’s differences and we learn to put up with things we didn’t like if the other person liked it and vice versa.”

Lee Min Ho and Jung Il Woo got closer and became best friends after they experienced tragedy together. The two of them almost died in 2006 when on their way to a vacation, their car was hit head-on by an oncoming car. Both actors stayed at the hospital for a long time, and luckily, they both recovered and went on to become celebrities.