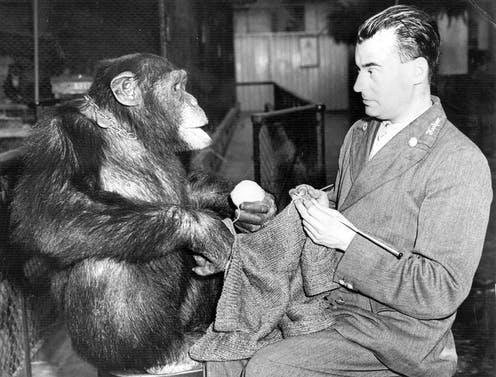 Mr Bown Jackieas with chimpanzee at the London zoo in 1938. wikipedia 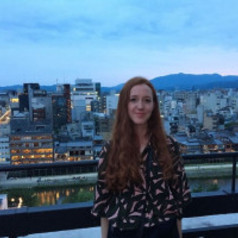 Humans diverged from chimpanzees and other great apes roughly 6m years ago. But despite us being closely related, human brains are vastly different – enabling us to engage in complex language, science, art, morality and much more. But what exactly was it that enabled our brains to reach such mindboggling heights?

We know that the human brain has dramatically expanded in size over the past 6m years. Humans are in fact the mammals with the largest brain relative to body size. But which specific evolutionary genetic changes enabled larger and more complex brains has long remained a bit of a mystery. Now a new study, published in Nature, offers clues.

One important reason why it has been so hard to study primate brain development is that, until relatively recently, scientists did not have access to living, developing brain tissue. This is what can ultimately allow us to functionally test theories of brain evolution as we can essentially watch how a brain develops over time in a dish and manipulate biological pathways to see what role they play in brain development.

But in the last few years, scientists have worked out how to make lab-grown models of developing brain tissue – so-called brain organoids – to begin to address these questions. 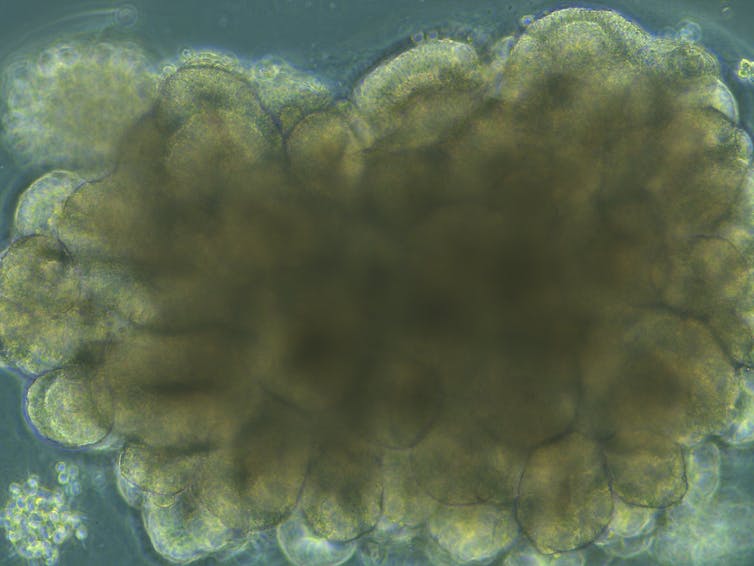 Human cerebral organoids are small balls of human brain cells, ranging in size from a poppy seed to a small pea. NIH/Flickr

Organoids are clusters of cells that organise themselves into mini versions of our organs, such as the brain or the liver. That’s because they are made by culturing stem cells, which have the potential to develop into any tissue of the body. These stem cells can be generated directly from cells of adult origin, such as skin or blood cells. They are then grown in a gel that allows them to develop three dimensionally. And that’s exactly what the researchers behind the new study did.

So what kind of genetic changes do we think contributed to human brain evolution? Only about 1.5% of our DNA actually consists of genes with instructions for making proteins. Proteins are the molecules that do most of the work in cells and determine the cells’ structure and function. It was once thought that the remaining 98.5% of DNA was “junk” with no clear purpose. However, it is now known that some of this DNA may play an important role in controlling which genes are “expressed” – meaning determining how they are turned on and off.

The number of changes in protein-coding regions of DNA are far too few to explain the striking differences observed between humans and other primates. In fact, of the genetic regions that have changed the most since our divergence from chimpanzees, 92% do not overlap with protein-coding DNA.

It is predicted that at least a third of these regions play a role in controlling the expression of genes. It has long been hypothesised that the majority of differences observed between the brains of great apes and us are due to changes in the timing and expression of genes, rather than changes to the gene itself. The vast majority of our genes are therefore identical.

The main focus of the new study was to identify how genes are regulated differently in humans compared to other primates. The authors did this by generating brain organoids from human, chimpanzee and macaque stem cells and compared these at various points over the course of four months. This mimics how a brain forms in the womb, with organoids consisting of multiple growing “buds” of brain tissue that first consist largely of neural progenitor cells that in later stages begin to make neurons.

From the outside, brain organoids look more like small popcorn than a mini brain and do not reach sizes larger than around five or six millimetres due to a lack of blood supply.

The authors observed that human brain development occurs at a slower pace than the other two primates. This delayed maturation of the human brain makes sense as, given more time, the cells that generate neurons will have a longer period to expand their population, giving rise to more neurons and a bigger brain later on. 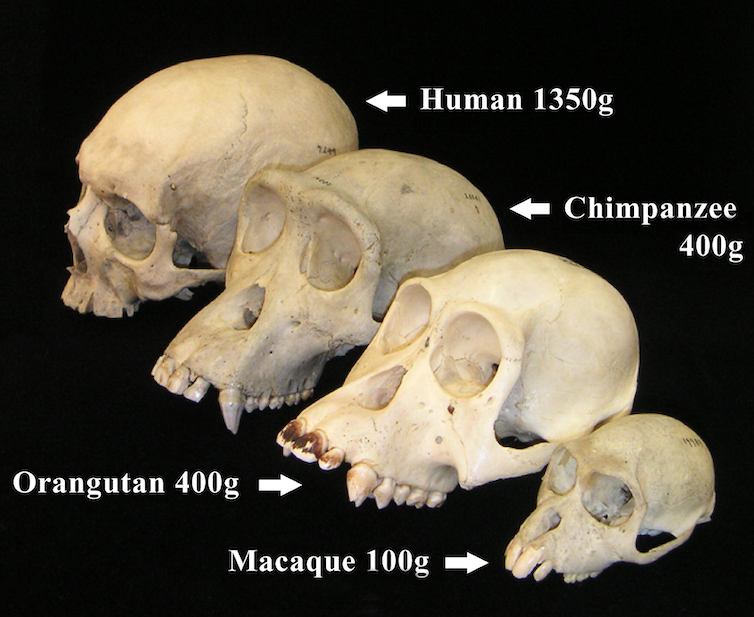 The researchers were also able to look at the expression of genes in individual cell types of the brain organoids. They measured the expression of a gene by looking at the levels of a messenger molecule that is made from “reading” DNA and is necessary to direct the formation of proteins. By comparing gene expression in cells that were developing to become the cerebral cortex – which plays an important role in advanced cognitive processes such as awareness, thought, memory, language and consciousness – they detected 98 genes that were differently expressed in humans.

Gene expression doesn’t tell the whole story though. Its rate is ultimately controlled by a process called gene regulation. In order to identify potential regulatory mechanisms, the authors pinpointed regions of DNA that are “accessible” or “open” at the various stages in particular cells. These accessible regions of DNA have the potential to interact with proteins and can regulate gene expression.

By comparing organoids between human and chimpanzee, the researchers were able to identify regions of DNA that were differently accessible in humans – potentially playing a regulatory role. Regulatory regions of DNA are more likely to be found in close proximity to the genes they are regulating the expression of. More than 60% of the genes that were expressed differently in humans were also in close proximity to differently accessible regions. This suggests that human-specific development and gene expression is a result of evolutionary changes in regions of DNA that are capable of regulating gene expression.

A significant proportion of the regions of DNA that we already know have changed the most since our divergence from chimps were found to overlap with those being different in terms of accessibility – suggesting the team has indeed highlighted key regulatory processes responsible for making us humans.

This study takes the first steps in pinpointing interesting candidate genetic regions responsible for human brain complexity. The authors do not dive deeper into the mechanisms of what the altered expression of a specific gene actually means in terms of how the brain grows and functions. It does, however, provide an excellent resource and starting point to direct future research in this direction.

This research is not only important in understanding what makes us human, but also in working out how certain human disorders may arise. Several studies have found that mutations in regions of DNA with human-specific changes are associated with neurodevelopmental disorders.