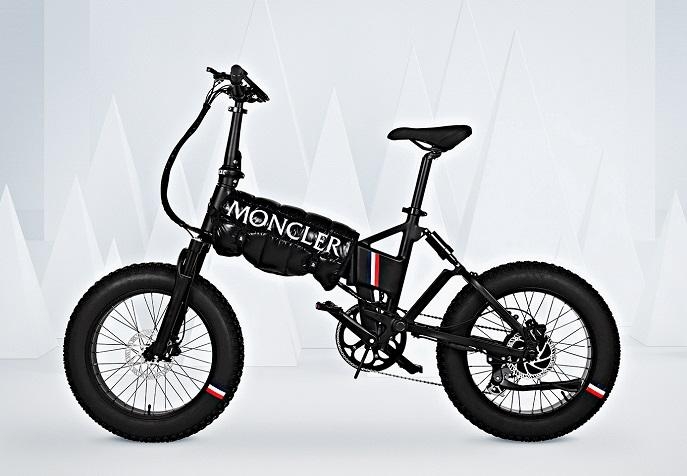 Only 1,000 of the Moncler bicycles can be purchased at Shinsegae Department Store and online mall SSG.com at 8 million won each.

Moncler is partnering with Danish bicycle maker Mate to come up with a limited edition foldable bike.

Only 1,000 of the Moncler bicycles can be purchased at Shinsegae Department Store and online mall SSG.com at 8 million won each.

The Louis Vuitton monograms are inscribed in the LV bicycle's frames, saddles, and chains.

MCM will manufacture only 50 of the bikes, each priced at over 10 million won.

Each MCM bicycle will be produced based on order registrations via the luxury brand's global website.

South Korea is on track to defend the best interests of the country's top two chipmakers ― Samsung Electronics and SK hynix ― as top trade negotiator officially stated his "grave concerns" regarding the Biden administration's move to apply the Defense Production Act (DPA).

In a rare move, the Ministry of Trade, Industry and Energy released a statement, Wednesday, conveying Korea's concerns regarding Washington's request for Korean chipmakers operating in the U.S. to disclose classified information related to supply chains.

"The scope of the U.S. request is vast and included the sharing of trade secrets, points of concern in terms of South Korea's standpoint," Minister for Trade Yeo Han-koo was quoted as saying in the ministry's statement. His messages have been forwarded to U.S. Trade Representative Katherine Tai on the sidelines of their encounter at an OECD council meeting in Paris.

U.S. Secretary of Commerce Gina Raimondo confirmed recently that the DPA would be applied if companies fail to share more details about supply shortages and hoarding.

But sharing any information related to supply chains, such as planned production targets or inventory levels, is too big a request for chipmakers, as this data is linked directly to clients. Samsung and Taiwan's TSMC have never opted to name their clients, though Samsung was said to have been supplying automotive chips and LED headlights to Tesla.

Plus, from Apple and Tesla's standpoint, because they demand their chip-sourcing partners to supply different typeㄴ of chips based on a unique price matrix and differed specifications, sharing related data may result in weakened bargaining power for Korean chipmakers in terms of price negotiation, Samsung sources said by telephone.

But despite Minister Yeo's requests, Tai failed to mention any specific plans, only reiterating Washington's continued stance on the matter by saying the request is aimed at addressing mismatches in supply and demand for semiconductors. Tai added she would pass Korea's concerns on to relevant U.S. government agencies.

During this year's annual National Assembly audit of the ministry, Trade, Industry and Energy Minister Moon Sung-wook said he viewed Washington's request as "rare," and stressed the ministry will be active to intervene in that issue with the U.S. government to protect the best interests of South Korean companies.

The U.S. sent out "voluntary" questionnaires, giving companies 45 days to provide information. Samsung and SK are being urged to answer 14 questions on sensitive issues including their planned production (both memory chip and foundry chip), inventory amounts, the names of clients and management planning and target revenues.

Sources said Samsung and SK didn't rule out the possibility that providing such specifics would give Intel and U.S. chipmakers the upper hand, and the request is likely because Washington is backing Intel's moves to strengthen its foundry-related portfolio.