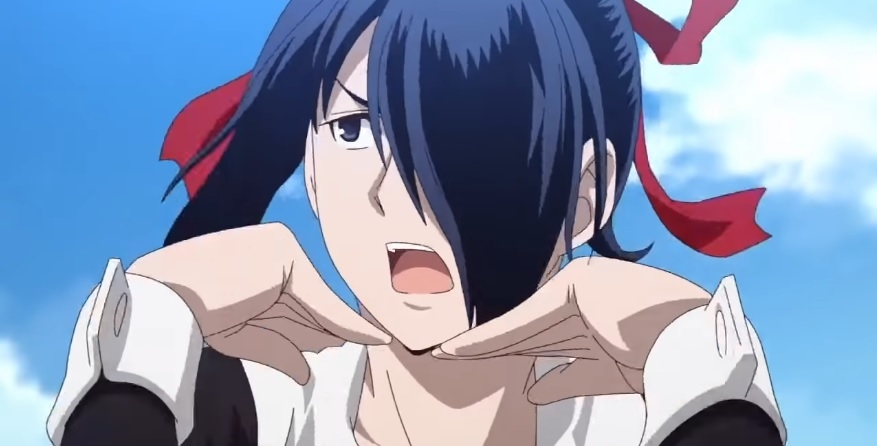 It will be quite an emotional day in “Kaguya-sama: Love Is War” chapter 202, both for Shuchi’in students who are graduating and those that they will leave behind. For Ishigami, however, it also means something else as he faces Tsubame and her response to his previous love confession.

The graduation of the upperclassmen has been one of the central topics of the manga in the latest chapters, and the goodbyes are finally happening in “Kaguya-sama: Love Is War” chapter 202. The chapter opens with Kobachi telling Iino how it is better to properly say goodbye to those who are leaving.

Then there is Fujiwara unwilling to let go of their senpai in Tabletop Gaming in “Kaguya-sama: Love Is War” chapter 202. The student council secretary, unsurprisingly, makes some ludicrous demands such as not wanting her senpai to hold back her graduation and stay in Shuchi’in. The fun part in this sequence is provided by Ishigami and his side comments before he goes to his Cheer Club captain, Kazeno, and offers a heartfelt goodbye.

However, Kazeno is apologetic to Ishigami saying as his senpai he should have done more for him. Kazeno is most likely referring to the Ogino-Ootomo incident that totally ruined Ishigami’s middle school life and his reputation in Shuchi’in. Ishigami seems clueless about what Kazeno is talking about in “Kaguya-sama: Love Is War” chapter 202, but the two share a good farewell moment before the treasurer approaches Tsubame.

Ishigami’s conversation with Tsubame will be much different than what he will have with Kazeno even though she is his Cheer Club vice captain. It can be recalled that Ishigami confessed to Tsubame before and they agreed that she will give him her response to this confession in March, aka the month of graduation. Unfortunately, “Kaguya-sama: Love Is War” chapter 202 ends in a cliffhanger and only shows Ishigami approaching Tsubame but their entire conversation is likely a subject for the next installment.

‘Kaguya-sama: Love Is War’ chapter 202 release date, where to read

The “Kaguya-sama: Love Is War” chapter 202 leaks available online is based on an early scanned copy for Korean fans. Those who cannot read Korean will have to rely on a “speed translation” of these scans, which means they may be some inaccuracies. While there is no official English digital release for the series, fans can find a reliable fan translation site where they can read the latest chapters of the series. If the manga is not on a break, a new chapter is usually available by Thursday.