Should new Australians have to pass an English test to become citizens? 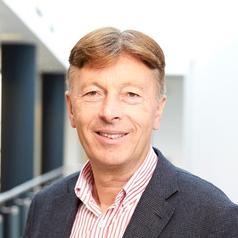 Takeaway.com, the Dutch-based online food ordering giant, is shortly to be confirmed as the winner in the bidding war for British rival Just Eat in a £6 billion deal, according to reports in the media. If alternative bidder Prosus/Naspers is defeated when Just Eat shareholders make their decision by the January 10 deadline, it will bring the curtain down on a takeover drama that has seen numerous raised offers since last summer.

In choosing Takeaway.com, Just Eat’s shareholders will be opting to stick to a similar business model. It means a merger in which they “stay in the game” rather than walk away, avoiding the certainty of an exit but also the tax charge that would come with it. Will this prove to have been the right decision? Take a closer look at the the business of online food delivery and it’s easy to wonder if anyone will ever make long-term significant returns.

The UK takeaway delivery market is said to be one of the largest in the world, turning around over £6 billion worth of orders each year. Just Eat was an early mover in online ordering, founded in Copenhagen in 2001 and launching in the UK in 2006. It rapidly became profitable and experienced high levels of growth. It still comfortably leads the market in the UK, albeit with a percentage share that is only in the mid-teens, and also operates in a dozen other countries including the US and Canada.

The UK market became highly competitive with the arrival of the likes of Deliveroo and Uber Eats in the 2010s, echoing a rise in takeaway apps across the world. Both companies are well funded by venture capital, so they can run high levels of losses. Competing with them has weakened Just Eat’s profitability, which is partly why it became a takeover target in the first place. It needs deeper pockets and mass to withstand the war of attrition that is taking place.

There are two main business models in this space, though they have blurred more recently. Just Eat and Takeaway.com, the market leader in the Netherlands and Belgium, built their businesses purely around their apps, leaving home delivery to the restaurants. The alternative model, favoured by Uber Eats and Deliveroo, is to do deliveries as well.

Both models rely on what are sometimes known as network effects, where one client base helps to grow another. So in the Just Eat/Takeaway.com model, attracting more restaurants helps you to attract more customers and vice versa. In the Deliveroo/Uber Eats model, you add a third dimension to this virtuous circle in the form of delivery people.

This approach is clearly more convenient for restaurants who don’t have their own delivery service. Fearing that this would damage its business, Just Eat made a substantial investment several years ago to move into deliveries itself. Yet this model has yet to turn a profit for anyone. 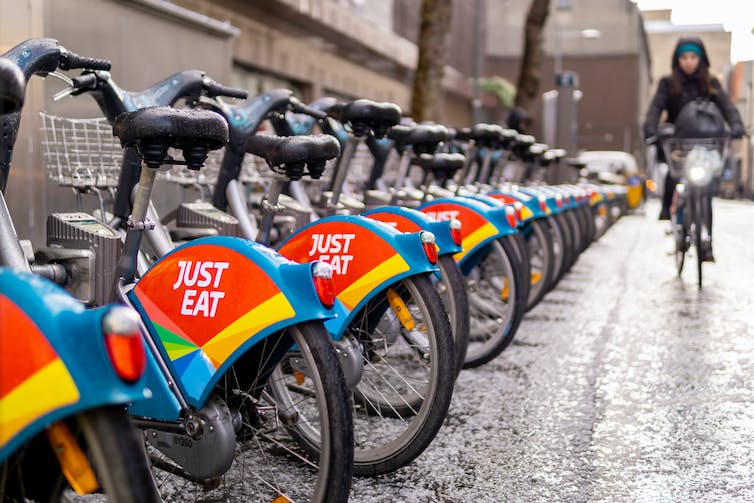 For Uber Eats, every US$2 (£1.53) of revenue generated is believed to create US$3 of cost. Total losses for 2018 are in excess of US$1 billion. Deliveroo runs a similar ratio of losses to revenue. In both cases, they are subsidising the service in an attempt to achieve a more powerful position in the market. At that point, they will try to raise delivery fees or prevail upon restaurants to fund the difference.

The problem is that restaurants are generally low-margin operations, so there isn’t much room for negotiation. At the same time, we are currently living through a false market because of artificially suppressed prices increasing demand. When prices go up, demand will fall.

As a consequence, this model is always likely to produce low profits at the very best. Customers in high-density cities like London or New York might pay a premium for the service, but in provincial cities with lower income per head and where the delivery service has to travel further, the economics look very challenging.

By moving into deliveries, Just Eat has diluted its profits and exposed itself to all the difficulties with this business model. Somewhat belatedly, Uber Eats and Deliveroo have started offering an app-only service to restaurants as well. 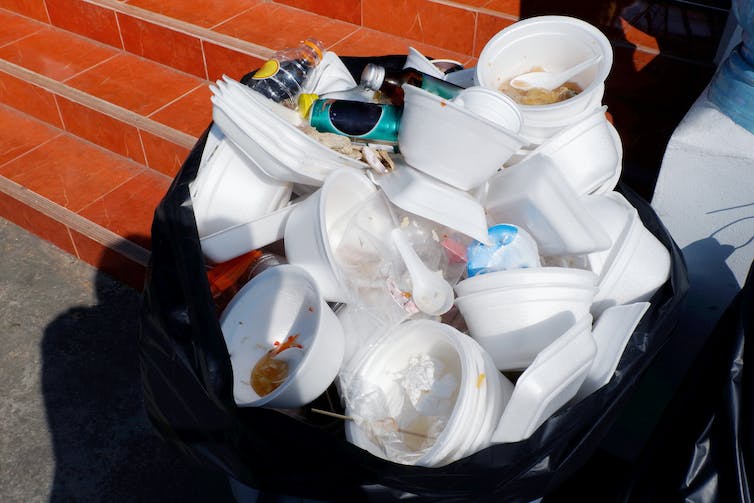 What it amounts to? DeawSS

Incidentally, when the artificial phase of this market ends it will also hurt many restaurants. The dominant online services will divert trade to restaurants that pay them more, through coupons and promotions. We’ll probably also see more and more “dark kitchens”: takeaway food factories usually operating out of industrial estates, using bigger premises to be able to make higher profits by producing greater volumes of food. These, too, will threaten high-street restaurants, whether set up by independent entrepreneurs or by the food app companies themselves.

The threat of Amazon

As if Just Eat didn’t have enough to deal with, one other worry is having to compete with Amazon, which took a minority stake in Deliveroo last year. On this front at least, Just Eat shareholders received a Christmas present in the form of an announcement from the UK’s competition regulator in late December that the move is being referred to a full review. This means Amazon is unlikely to be allowed to buy, fund or control an existing player in a number of food delivery markets.

It also suggests the door is being closed on further consolidation in the sector. This means that Just Eat/Takeaway.com is less likely to wake up to the news, say, that Deliveroo and Uber Eats have merged. On the other hand, it also reduces the prospect of Takeaway.com/Just Eat shareholders being able to sell out to a competitor. When the results of the probe are announced in June, everyone in the sector will be watching very closely indeed.