Jeremy Corbyn could transform the Brexit debate – but does he want to? 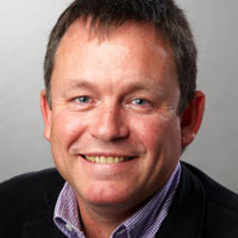 The tone of the debate ahead of the European Union referendum on June 23 has been shrill and disappointing. As with the 2014 Scottish independence referendum campaign, arguments on both sides have been simplistic, focusing on voters’ fears rather than their hopes, and appealing to their worst – rather than their best – natures.

British voters are being badly served by their political elites and also by a Westminster-focused media that is largely transfixed by process rather than substance. For there is much of substance to talk about. As my University of Bath colleague Aurelien Mondon recently argued: “debating the future of Europe is essential. But when will we start?”

The poverty of debate so far provides the Labour leader, Jeremy Corbyn, with a huge opportunity if – and it’s a big if – he has the imagination and wit to take advantage of it. In a speech on Europe on April 14, Corbyn argued that there was a “strong socialist case for staying in the European Union”, saying that it protected worker’s rights and could act as a force to tackle tax dodging and corruption.

Yet, like Boris Johnson on the other side of the debate in the exit camp, Corbyn’s position as an advocate for remain is somewhat ambivalent given his previous public statements about the EU.

We know that Corbyn opposed remaining in the European Economic Community in the 1975 referendum, opposed the Maastricht treaty in the early 1990s and opposed the Lisbon Treaty in 2008. In the Labour leadership hustings last year he admitted to having “mixed feelings” about the EU.

In other words, Corbyn is not one of the died-in-the-wool, Bourgogne-drinking, “vacances en provence”, metropolitan British Europhiles who, many voters suspect, rather despise their own country and the habits and appetites of its citizenry. Like many voters, Corbyn has vague doubts about Europe as an idea and concrete misgivings about the current shape of European institutions and how they impact on people’s lives.

This Euroscepticism in the literal sense of the word is a real strength that could lend credibility to Corbyn’s active endorsement of remaining in the EU. For once, Corbyn finds himself aligned with the political mainstream. He can and should speak for the majority of voters who have no great love for the EU but suspect that a future outside it may be a risky prospect.

The lure of ‘Lexit’

The task for Corbyn now, however, is to carry the argument for the UK to remain in the EU beyond the kind of “project fear” tactics currently being deployed and convey a positive message that will appeal to ordinary voters, but also galvanise Corbyn’s allies on the left.

As Owen Parker at the University of Sheffield has observed, many on the British left are tempted by the idea of “Lexit” – a British exit from the EU that would allow a future Labour government to enact a genuinely socialist program outside of the constraints of the single market.

The British left has traditionally been cautious of European integration. It was only in the late 1980s that mainstream opinion in the labour movement shifted towards a pro-European position in which Europe was regarded as a potential buttress against the pro-market reforms of the Thatcher government.

In recent years the pro-European consensus has broken down again. Many on the left were scandalised by the treatment of Greece during the eurozone crisis. They are also highly suspicious of the Transatlantic Trade and Investment Partnership (TTIP), which is currently being negotiated in secret between the EU and the US and will, many suspect, further entrench the privileges of multinational corporations at the expense of ordinary citizens.

But, as Parker rightly points out, the idea that a UK outside the EU could in some way quarantine itself from globalisation or extricate itself from the pressures of economic integration is a chimera. All of the challenges that the UK faces as a country are better solved through collective action with its partners than by trying to pull up the drawbridge and acting alone.

Corbyn’s speech on Europe showed that he might be able to make the positive case for a new Europe that is not in hock to big business and special interests, is genuinely democratic and serves all of its citizens rather than appearing to just be a European elite project.

But the fact that he does not plan to make another major intervention until after the May 5 elections in Scotland, Wales, English regions and London is not encouraging. Despite insisting in the Q&A after his speech that there is “nothing half-hearted about what we are doing”, Corbyn still looks a little unconvinced about the remain argument.

His speech was a good start but, in order to convince British voters of the positive case for Europe, Corbyn must first do more to convince himself that he wants to.

Charles Lees is a member of the Labour Party