James Bond needs a new attitude, not a new actor 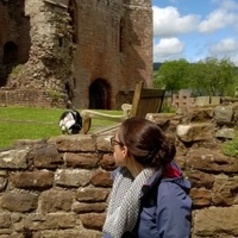 As someone who has recently taken to reading Ian Fleming’s books, I am drawn into the debate surrounding Joanna Lumley’s comments about actor Idris Elba not being the James Bond that Fleming created.

Film writer Caspar Salmon’s column in The Guardian made several valid points. The most persuasive being that we should abandon the “emotionless character that belongs to a grotesque tradition”. Bond is a “hero” who is heterosexist, misogynistic, and racist – so inherent in 1954’s Live and Let Die that getting beyond the first chapter proved too much for this reader – more needs to be done than just another change of actor.

Yet the “who-will-be-the-next-Bond” discussions never stop. According to the press, Elba is equally not interested, a contender, and a sure thing. We’ve even had a “Jane Bond” social media campaign which saw Gillian Anderson throwing her metaphorical hat in the ring.

Given that the creative minds behind the BBC’s Doctor Who – a series predicated on the doctor’s ability to regenerate, which gives completely free reign over the actor who is cast – have managed to reincarnate the good Doctor a mere 13 times as a white man, do the chances of real diversity seem beyond even science fiction, let alone upper-class Cold War imperialism?

Historian Tim Stanley argues that to give Bond “breasts” would be to “lose the magic behind the character” – so we can safely assume that Bond is merely a powerful metaphorical penis. In keeping what have become the stock symbols – the fast cars, expensive suits, the Martinis and the exotic locations with their equally exotic women – the films have arguably become more one-dimensional than the novels. Books which, for all their issues, can still be located within a different social and historical context. So what is our excuse now?

In the conclusion of 2015 film Spectre, there is an inevitability to which the final shot – of Bond and Madeline Swann walking across London Bridge – seems fated to result in the kind of brutality with which Teresa di Vincenzo met her abrupt end in On Her Majesty’s Secret Service (1963). In the novel, if not as explicitly on screen, Bond’s joy at the planning of his future wedded bliss extends to the imagined home-making in his London flat, long and loving phone conversations between them as he works to bring down super-villain, Ernst Stavro Blofeld, and the growing awareness that his life finally holds richer meaning.

Teresa, like Madeline, was Bond’s match: flighty, adventurous, fearless, daughter of a high-ranking criminal with an understanding of the necessity for “real men” to carry concealed weapons. Both women are victims of their own violent pasts – they are strong but need rescuing from themselves. Bond, however, has to be a playboy, he can save them, avenge them even, but he cannot be “tamed” by them.

Spoof spy character Austin Powers ridiculed the constant disruption of the spy’s romantic bliss in the beginning of The Spy Who Shagged Me (1999). His new wife turned out to be a fem-bot, which must self-destruct or risk bringing down the spy himself. Even Judi Dench, after 20 years as M, met her end as a foolish female victim – how could the head of the secret intelligence service inexplicably use a torch on a dark Highland escape? Forget a female Bond when so few of the women in the films last beyond the end credits.

Perhaps the bigger question is not who should play the next Bond but why haven’t we moved on? Looking back at the original stories, and even ignoring the problematic 1950s cultural landscape, they are a mixed bag. Some are gripping, well-paced and thrilling, others loose and unwieldy, slow or confusing. Casino Royale (1953) is almost entirely focused on a card game that no one understands any more (when not playing cards, Bond is busy calling Vesper Lynd a “bitch”). Moonraker (1955) takes place in Dover not California, Venice or Rio. There are episodes in which even Bond is bored; chapters where he sits at his desk and complains about paperwork, moving it from in-box to out-tray.

All of this is a far-cry from the jet-setting man of mystery in our cultural imagination – the whirlwind of cocktails and casual sex, heightened by theatrically high kicks and slow-motion punches, casual Western imperialism, and upper-class patriarchy. More important than who will play him, is the question of why we have unnaturally prolonged the life of Ian Fleming’s spy.

Guardian readers were quick to call Salmon’s assertion that Bond is effectively the same age as Prince Philip unfair, and they’ve got a point. We don’t hold Sherlock Holmes or Miss Marple to their fictional birth dates. We do, however, recognise the need to update the work of Sir Arthur Conan Doyle and Agatha Christie, taking the essence of their detection and applying it in modern ways. Bond, on the other hand, has all the latest gadgetry, new global enemies, and even an invisible car, but his “essence” has sadly stayed the same.

Nicola Bishop does not work for, consult, own shares in or receive funding from any company or organisation that would benefit from this article, and has disclosed no relevant affiliations beyond the academic appointment above.