Is mass murder becoming a form of protest? 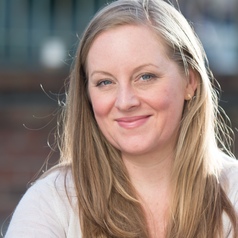 If there’s one thing Americans can agree upon, it might be that people – no matter how angry they are – shouldn’t be indiscriminately firing guns into crowds. Yet mass shootings are on the rise, with the shooting at the Fort Lauderdale airport just the latest example.

I’m fearful that what we’re seeing isn’t just an increase in violence but the normalization of a habit, a new behavior recognized as a way to express an objection to the way things are. That is, I’m afraid that mass murder may be becoming – to the horror of almost all of us, but to the liking of a violent few – a form of protest.

The evolution of protest

To register an objection to something about the world, a person or group needs to engage in an action that other people recognize as a form of protest.

In other words, we know what protest looks like.

It’s a strike, a rally, a march, a sit-in, a boycott. These are all recognizable ways in which individuals and groups can stake a political claim, whereas other group activities – a picnic, a group bike ride, singing together – are not obviously so. To describe this set of protest-related tools, the sociologist Charles Tilly coined the phrase “repertoire of contention.” Activists have a stock of actions to draw from when they want to make a statement that others will understand.

A culture’s repertoire of contention constantly evolves. Each tool has to be invented – and conceptually linked to the idea of protest – before it can play that role. The sit-in, for example, was invented during the early civil rights movement. When African-American activists and their allies occupied white-only restaurants, bringing lunch counters to a halt to bring attention to the exclusion of black people, they introduced a new way of objecting to the status quo, one that almost anyone would recognize today.

New ways of protesting are being invented every day: The hashtag, the hacktivist and shutting down freeways are newer forms. Some become permanent parts of the repertoire. Consider the graph put together by sociologist Michael Biggs, which shows how suicide as a form of protest caught on in the 1960s. Beginning in the 1960s, suicides started to become a widely recognized – and used – form of protest. Michael Biggs, CC BY

Lynchings continued until the 1960s, by which time most (except, perhaps, the most radical of white supremacists) no longer saw them as a legitimate type of resistance to civil rights.

It certainly seems as if mass murder with a gun is a more familiar and more easily conceptualized way of expressing one’s discontent than it was, say, pre-Columbine. If a person is outraged by some state of affairs, mass killing is a readily available way to express that outrage both technically (thanks to gun regulation) and cognitively (because it is now part of the recognized repertoire).

Dylann Roof wanted to register his discontent with the place of black people in American society, abortion opponent Robert Lewis Dear stormed a Colorado Springs Planned Parenthood, Omar Matteen likely killed dozens to express his (internalized) disgust for homosexuality, and Gavin Long communicated his sense of rage and helplessness in the face of black deaths by killing police.

We may never know why some resort to violence. But in at least some cases it’s to make a point. At some point each of the aforementioned men thought, “What can I do to get my point across?” And mass murder came to mind.

In the aftermath of such events, the news media routine contributes to the idea that mass murder is a form of protest by searching for an explanation above and beyond the desire to kill. That explanation often positions the rationale for the murder within the realm of politics, whether we call it terrorism, resistance or prejudice. This further sends the message that mass murder is political, part of the American repertoire of contention.

The terrifying part is that once protest tools become part of the repertoire, they are diffused across movements and throughout society. It’s no longer just civil rights activists who use the sit-in; any and all activists do. Perhaps that’s why we see such a range of motivations among these mass murderers. It has become an obvious way to express an objection, and the discontented know they can get their point across.

Lisa Wade does not work for, consult, own shares in or receive funding from any company or organization that would benefit from this article, and has disclosed no relevant affiliations beyond the academic appointment above.