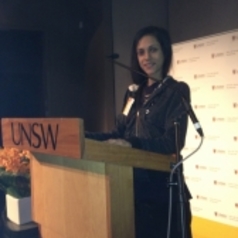 In a recent court case in Western Australia, Magistrate Michelle Ridley ruled that “in an era of twerking” and easy access to pornography, a police officer pinching a woman’s backside is not indecent assault.

Here’s what happened. In December 2017, 48-year-old police officer of 17 years, Andrew Ramsden, participated in a yearly wheelchair basketball charity event. After the game, the anonymous complainant asked if she could have a “serious photo” with other members of the police team.

But when posing for the photo, Ramsden thought it would be funny to startle her by pinching her buttocks, and she jumped forward in surprise when he did so. Ramsden reportedly then said to her either “I hope you take this the right way” or “don’t take this the wrong way”.

He was charged with “unlawfully and indecently assaulting another person” under section 323 of the Criminal Code (WA). And he was eventually found not guilty.

But twerking, grinding, and the easy availability of pornography should never be an excuse for sexual harassment. This argument effectively shifts the blame on victims and implies that the sexualisation of society means women consent to being sexually harassed, which is far from the truth.

And in the era of the #MeToo movement, where women are holding men to account for sexual harassment, it seems the court in the Ramsden case hasn’t caught up to this wider cultural shift.

What is considered ‘indecent’?

Determining if an act is “indecent” requires considering the intention of the accused.

The courts have stated for an assault to be indecent there

must be a sexual connotation to the activity. It must be an activity which offends community standards of propriety prevailing at the relevant time.

In Ramsden’s case, the magistrate held that the act was not indecent because it was not done for a sexual purpose. And the WA Supreme Court recently upheld the magistrate’s decision, and acquitted him.

The magistrate and the Supreme Court rejected the prosecution’s argument:

the prevailing standards of the community today are that any touching by a man of the buttocks of a woman is inherently indecent.

It has never been okay

Determining community standards is best left to a jury rather than a single judge or magistrate to help ensure “the application of the law is fair and consistent with community standards”. However, no jury was used in Ramsden’s case, so it was up to the magistrate alone to decide whether today’s community would regard pinching a person’s bottom as indecent.

Ridley believed pinching a person’s backside lost its overtly sexual connotation “in an era of twerking and grinding, simulated sex and easy access to pornography”.

But it wasn’t okay to touch people inappropriately then, and it still isn’t now.

The worldwide #MeToo movement, which the prosecution referred to in the trial, is just one example showing the significant cultural shift in societal views of sexual harassment.

On appeal, the Supreme Court accepted the movement had led to an

increase in the number of complaints by women and to increase awareness of the unacceptability of such acts and conduct.

However, it held that no evidence was put forward to the magistrate

upon which a finding could be made that the effect of the movement itself had resulted in a change in community standards as to the ‘acts’ and ‘conduct’ that should, at law, be deemed ‘indecent’.

Cultural change takes time. The #MeToo movement is a positive step in changing how we respond to sexual assault. Unfortunately, using pornography and dancing as an excuse for sexual harassment is a step backwards.

A person’s backside is an intimate part of one’s body and no one should have to tolerate unwanted contact of their private parts for someone else’s amusement.

The Ramsden case fails to reinforce this message because of the definition of “indecency”, which requires a sexual motive for the act.

Australian legislators need to step in and make it clear that deliberately pinching a person’s backside is a form of sexual harassment. Without consent, such conduct is unacceptable, regardless of whether it is done for a sexual purpose or in a poor attempt at humour.

The bottom line is that “bum pinching isn’t — and has never been OK”.