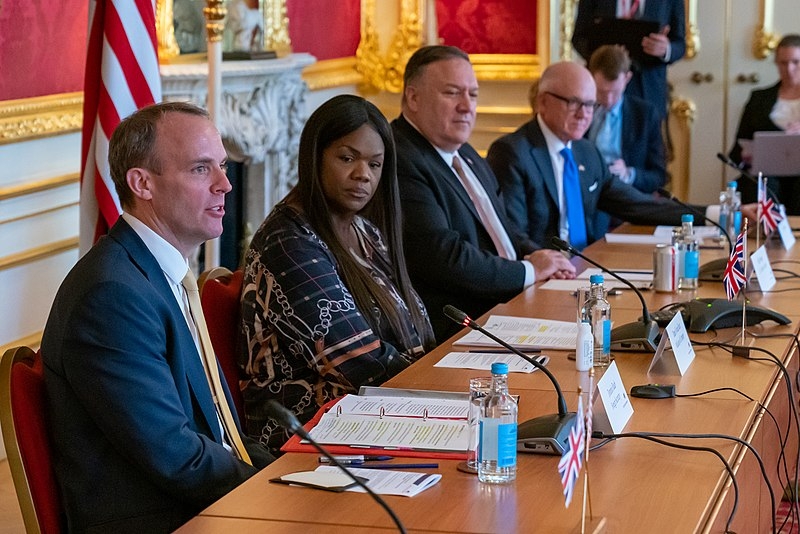 UK’s Foreign Secretary Dominic Raab concluded that there is a chance Iran launched an attack deemed “unlawful” on a ship off the coast of Oman. The attack resulted in two casualties, one of them being a British national. The strike was carried out last week, and Raab released a statement condemning the supposed attack.

“The UK condemns the unlawful and callous attack committed on a merchant vessel off the coast of Oman, which killed a British and Romanian national,” said Raab in the statement. “Our thoughts are with the friends and family of those killed in the incident,”

“We believe this attack was deliberate, targeted, and a clear violation of international law by Iran. UK assessments have concluded that it is highly likely that Iran attacked the MV Mercer Street in international waters off Oman on July 29 using one or more unnamed aerial vehicles (UAVs).”

Raab also called on Iran to cease such attacks and that vessels are allowed to navigate the waters freely under international law. Raab added that the United Kingdom is coordinating with its international partners for a response to the incident.

The statement follows calls by Israel to push back on Iran after claiming that Tehran was responsible for the drone strike that killed a British man. Israeli Foreign Minister Yair Lapid said that they told Raab of the need to respond accordingly to the strike. Lapid explained that the situation with Iran is not just a problem for Israel, but an “exporter of terror, destruction, and instability that hurt us all.”

Israel is also quite involved in the latest hostility with Iran, with the tanker being managed by the Israeli company Zodiac Maritime. A US Navy aircraft carrier was also escorting the tank at the time of the attack, with maritime officials saying that they believe it was a drone strike. Iran has since denied being responsible for the strike despite suspicions by both the US and the UK to be otherwise.