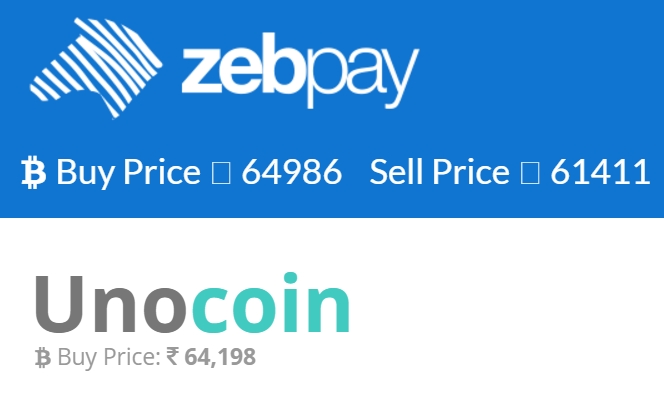 [The article has been updated to include a tweet from Tuur Demeester, editor in chief at Adamant Research]

Indian government’s latest drive to demonetize currency notes of 500 and 1,000 denomination announced earlier this month has led to a surge in demand for digital currency bitcoin.

This is evidenced as bitcoin is being quoted at an inflated price by Indian bitcoin exchanges as compared to the global exchange rate. At the time of writing, 1 BTC is trading for $742 (or INR 50,000 approximately) on Bitstamp, but the buy price on Unocoin is INR 64,198 and on Zebpay it is INR 64,986, that is to say, that bitcoin is being quoted at nearly 25-28% premium.

“The price of Bitcoin is higher than the international price because there is high demand but limited supply for Bitcoin among Indian traders.”

Earlier in an interview with EconoTimes, Vishwanath said that he expects a dramatic increase in bitcoin adoption rate and trading in the country as a resulting of the recent currency ban. He said:

“I believe the adoption rate and bitcoin trading in India will dramatically increase. This will not happen overnight or within a week, as Indians are currently recovering from the shock of the discontinuation of the 500 and 1000 rupee notes. Once everything is settled, I am predicting an upward trend starting from next week”.

Sandeep Goyenka, CEO of Zebpay, told Business Standard that there has been a 50% increase in Zebpay downloads. This signifies that Indians are now exploring alternative payment methods.

“There is a surge in interest for Bitcoins. Indians are inquiring about Bitcoins as an alternative and safe investment option. They are downloading Zebpay as they want to experiment with digital currencies”, Goyenka said.