In India, Modi’s nationalist rhetoric is squashing dissent with help from the media 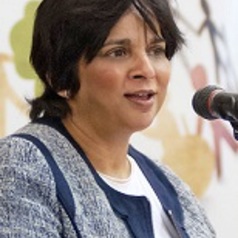 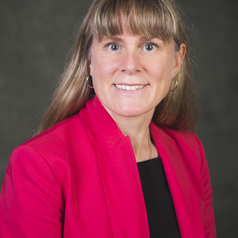 This summer, Narenda Modi’s government, emboldened by its phenomenal success in the Indian national election, announced it had revoked the special status of Jammu and Kashmir. This signalled the fulfilment of the Hindu nationalist Bhartiya Janata Party‘s (BJP) historical-ideological agenda of creating one nation, one India. This agenda is the pursuit of Hindu nationalism which has consistently remained the BJP’s ideological foundation since 1947 in post-independence India.

More significantly, the BJP has turned its historical-ideological platform into a populist mission. The BJP has seemed to silence its critics by invoking a populist rhetoric of protecting India and Kashmir against both internal and external security threats and from a corrupt leadership.

We have seen those who question the BJP’s actions and its total clampdown on the Muslim-majority Kashmir valley publicly shamed as being anti-national. They have been accused of encouraging Pakistan in its cross-border terrorism activities and obstructing the government’s efforts to “drain the swamp” of corrupt politicians. Punitive populism is fully operational in Modi’s new India.

What is punitive populism?

Punitive populism is a political strategy that is used by political leaders in many countries. It refers to leaders’ use of tough-on-crime rhetoric and policies to win elections and gain popular support.

While this concept has developed out of the criminology literature and is, thus, focused on crime, we suggest here that the strategy is consistent with attempts to make many other types of groups into security threats. The populist leader first creates the “people” through rhetoric and symbolism. The rhetoric represents diverse public demands that have resulted from some sort of rupture with the past (for example, the partition of India in 1947 and the creation of Pakistan, or in many other countries, including the United States, the implementation of neoliberal economic policies).

Next, the leader uses what Argentine political theorist Ernesto Laclau calls an “empty signifier” to unite these disparate demands around a single vague idea that justifies a punitive response. This could be, for example, security, tough-on-crime concepts or even human rights (such as the human right to security). The leader then juxtaposes the people or citizens with criminals who threaten the security of the former.

The leader offers solutions to the people’s insecurity that are not based in criminological research or human rights commitments but are in direct response to the leader’s perceived or constructed idea of public opinion demands.

The policies and rhetoric call for, among other things: more police on the streets and with more powers to use discretion and possibly violence, more criminal laws, less oversight of the police and harsher punishments for those judged by courts to be criminals.

It is correlated with a significant rise in prison populations.

The Modi government has seemed to have convinced the Indian public that its decisive Kashmir action protects India against both internal and external security threats, and that the BJP is being appropriately tough on Kashmir, Muslims and Pakistan. In this populist agenda, the Modi government has deemed Kashmiri Muslims as symbols of terrorist violence or as operating with zealous Islamic religiosity through seditious activities.

This is effectively a deployment of Kashmiri Muslims as the embodiment of the enemy. The public’s response is evident in millions of Indians adopting Twitter hashtags #ServeIndiaNotPak, #NationLovesIndianArmy, #KashmirForAll and #IndiaAgainstAntiNationals.

Moreover, as reported in the book, Majoritarian State, the public is being told that “economic well-being requires a strong nation, which requires, in turn, overcoming hurdles to the nation’s strength such as minority appeasement, anti-nationalism,” or stone-pelting Kashmiri youth.

Punitive populism is evident in India’s Home Minister Amit Shah’s remarks in India Today: “Kashmir will now move on the path of development. If anyone tries to create any disturbance in Kashmir, remember our soldiers are standing by.”

The Modi government has been defending its total two-and-a-half-month clampdown in the Kashmir valley precisely for two reasons: preventing violence against civilians and convincing the Kashmiris that this decision will bring them economic well-being and prosperity. It proudly claims that since this decision was taken, not a single life was lost in the valley.

Of course, there is no violence when eight million Kashmiri Muslims have been living under security lockdown, with no internet connectivity, draconian restrictions on the movement of the people and gatherings and with more than 3,000 people in jails. For all that, the Modi government seems convinced that the Kashmiri public, upon reflection, will come to believe that Article 370 was responsible for keeping them economically backward.

In punitive populism half-truths often become full truths. The BJP unrelentingly repeats its claim that the revocation of the state of Jammu and Kashmir was done to provide gender equality. They claim it was meant to give women of the state the same rights to acquire property and seek employment as their counterparts in the rest of India and the male permanent residents of the state enjoy.

Similarly, with regard to economic development, the Modi governments’ characterization is not even half-true. The Indian government’s own poverty statistics for 2011-12 show that the Jammu and Kashmir poverty level, at 10.4 per cent, is actually much lower than the 21.9 per cent in the rest of India. A similar differential appears in terms of employment levels.

Finally, punitive populism benefits from a largely favourable relationship with the media. A neo-liberalized media system encourages journalistic practices that decrease the role of the media in holding leaders to account. Reporting then serves to homogenize public opinion for the Modi government and against Muslim Kashmiris.

In India, significant private and corporate funding supports the Indian news media which has developed a cozy relationship with the Modi government. Almost all mainstream TV news channels have celebrated and endorsed the actions of the current government, each outdoing the other in vaunting the government’s patriotic and nationalist credentials.

The rare channel that has dared to be critical of the Modi government has found itself denied access to the government and to information. That dissent or criticism of the government is construed as an anti-national activity, which has so far seemed to have pushed the Indian media to submissiveness and self-censorship.