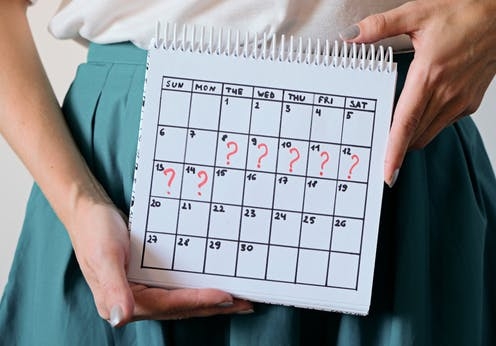 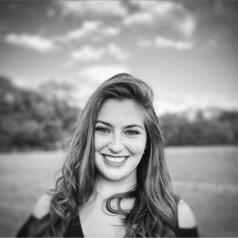 The coronavirus has had many impacts over the past two years – including, it seems, on periods. Many people have reported disturbances to their menstrual cycles, some noticing changes after catching the virus, others following vaccination. For some, disruptions didn’t follow either, but were still noticeable.

But before trying to determine these changes’ causes, it’s important to note that people’s cycles do vary. While it’s commonly suggested that a predictable 28-day cycle with five days of bleeding is normal, this is only an average. For most menstruators, it’s not their reality.

Indeed, menstrual bleeding length, heaviness and cycle length are all naturally variable, differing between people and even in the same person over time. According to the International Federation of Gynaecology and Obstetrics, a variation in cycle length of up to eight days is normal.

The menstrual cycle is controlled by a mixture of hormones regulated by the hypothalamus and pituitary gland in the brain together with the ovaries – what’s collectively known as the HPG axis. Disruptions to the body can interrupt the axis releasing hormones, which can impact different aspects of the menstrual cycle, such as length and symptoms.

For example, heavy exercise or extreme dieting can result in missing periods, though this is reversible once food intake increases or exercise is reduced. We therefore need to take care when assessing self-reported changes to menstrual cycles – other influences could be at play. 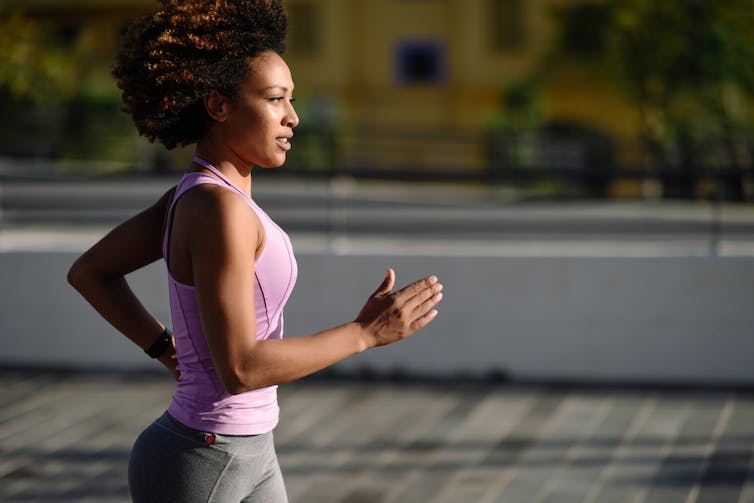 Changes experienced by some during the pandemic could be due to other factors. javi_indy/Shutterstock

Nevertheless, something’s been going on, and the stress of the pandemic could be a factor. Stress is known to suppress the HPG axis, and past studies have found associations between stress and menstrual irregularity or bleeding length.

We know that mental health in the UK deteriorated during the first lockdown, with stress and depression rising. And in an online survey, 46% people said they had seen a change to their menstrual cycle during the pandemic, such as to the severity of premenstrual symptoms or cycle length. Stress is a plausible if unconfirmed cause.

That said, other pandemic changes could be influential too. Weight gain and increased alcohol consumption, which many people also reported during the pandemic, are known to contribute to changes in cycles as well.

Shortly after COVID vaccines became available, reports began to appear of them impacting menstrual cycles – particularly that they affected cycle length, making them both shorter and longer. Unfortunately, questions about menstruation have been excluded from much of the COVID vaccine research, including their trials, so there isn’t much research on how many people have experienced menstrual changes. That said, a small number of studies have investigated this.

A US study of 4,000 people found that receiving the first vaccine dose had no impact on the timing of the next menstrual bleed. But after receiving the second, people experienced a small delay – just under half a day on average. This difference had disappeared by the third cycle post vaccine. Interestingly, those who received two doses in one cycle had an increased cycle length of two days, which returned to normal by cycle three post vaccine.

It’s difficult, though, to untangle the effects of the vaccine from the impact of living through the stressful pandemic. In a Norwegian study of over 5,500 people, 41% of participants reported menstrual disturbances after receiving their second vaccine. But crucially, 38% reported disturbances before ever receiving any vaccine, the most common symptom being a heavier than usual period.

This suggests either that disturbances to menstrual cycles are normal, or that if the pandemic does cause changes to cycles, the impacts of COVID vaccines are small. These studies both validate the experiences of people describing menstrual changes, but also provide reassurance that these changes are transient. 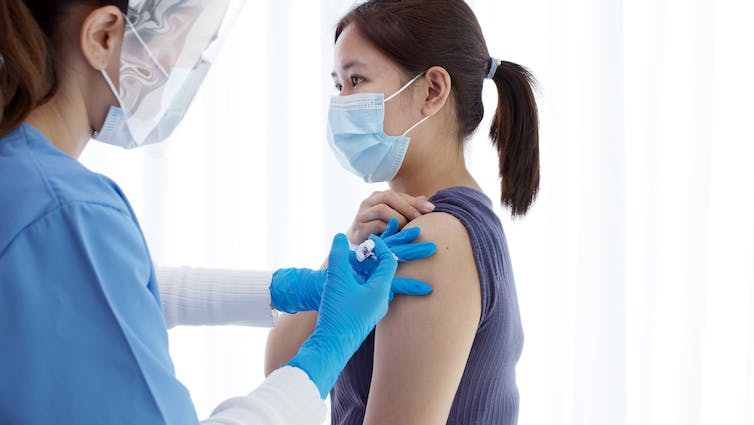 COVID vaccines have been linked to delayed periods. Chaay_Tee/Shutterstock

There are a number of reasons why vaccines could affect cycles, including the body’s immune response to the vaccine, which can influence the hormones controlling the menstrual cycle. Certainly, reports of menstrual changes after vaccination are not new. In 1913, a New York doctor found a relationship between the typhoid vaccine and menstrual change. A more recent study found increased odds of short-term menstrual cycle changes after receiving the HPV vaccine.

With the COVID vaccines, when there are changes these appear to be short lived, and the vaccines haven’t been shown to impact fertility. This should perhaps be added to what menstruating people are told to expect from vaccination, so they can plan around it.

Reporting menstrual changes as a side-effect could encourage pharmaceutical companies and researchers to place menstrual and reproductive health more centrally in medical research, meaning we have better data for vaccines and medicines in the future. Anyone in the UK experiencing changes to their cycles is encouraged to report these to the Yellow Card scheme, which logs potential vaccine side-effects.

COVID can also cause changes

It’s also been suggested that in the face of severe illness, such as COVID, the body temporarily reduces ovulation (which can impact menstrual bleeding) to redirect energy away from reproduction and towards fighting off infection. Another cause could be the massive inflammatory effects that COVID has on the body, which in turn impacts menstrual cycle disturbances.

There’s some data to back up COVID having an influence. A study comparing the menstrual cycles of 237 patients with COVID to their cycles from beforehand found that 18% of mildly ill and 21% of severely ill patients had longer cycles than previously. These changes had returned to normal within two months of hospital discharge.

So it seems that COVID vaccines and infection with the coronavirus can affect the menstrual cycle, and while not definitively proven, it’s plausible that pandemic stress does too. Changes seem to return to normal after a few months, but if you experience new issues with your menstrual cycle or changes to your cycles are long lasting, please discuss this with your doctor.