How rising temperatures affect our health 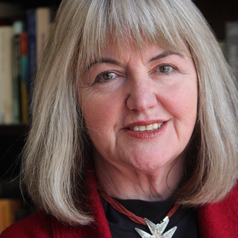 This story is part of Covering Climate Now, a global collaboration of more than 250 news outlets to strengthen coverage of the climate story.

Global warming is accelerating, driven by the continuing rise in greenhouse gas emissions. Australia’s climate has warmed by just over 1°C since 1910, with global temperatures on course for a 3-5°C rise this century.

So what do high temperatures do to our bodies? And how much extra heat can people and our way of living tolerate?

Australia’s summer of 2018-19 was 2.14°C warmer than the 1961–90 average, breaking the previous record set in 2012–13 by a large margin. It included an unprecedented sequence of five consecutive days with nationally averaged maximum temperatures above 40°C.

The first half of 2019 ranks as the equal second hottest since records began for the world, and also Australia.

The Bureau of Meteorology (BOM) has warned this summer will be another scorcher. Hot dry northerly winds tracking across drought-affected New South Wales and Queensland have the capacity to deliver blistering heat and extreme fire risks to the southern states, and little relief is in sight for those in drought.

Some rural Australians have already been exposed to 50°C days, and the major southern metro cities are set to do the same within the next decade or so.

How our bodies regulate heat

Like most mammals and birds, humans are endotherms (warm-blooded), meaning our optimal internal operating temperature (approximately 36.8°C +/− 0.5) is minimally influenced by ambient temperatures.

Quietly sitting indoors with the air temperature about 22°C, we passively generate that additional 15°C to keep our core temperature at about 37°C.

Even when the air temperature is 37°C, our metabolism continues to generate additional heat. This excess internal heat is shed into the environment through the evaporation of sweat from our skin.

Temperature and humidity gradients between the skin surface and boundary layer of air determine the rate of heat exchange.

When the surrounding air is hot and humid, heat loss is slow, we store heat, and our temperatures rises.

A breeze appears refreshing by dislodging the boundary layer of saturated air in contact with the skin and allowing in drier air – thus speeding up evaporation and heat shedding.

What happens when we overheat?

When our core temperature reaches 38.5°C, most would feel fatigued. And the cascade of symptoms escalate as the core temperature continues to rise beyond the safe functioning range for our critical organs: the heart, brain and kidneys.

Much like an egg in a microwave, protein within our body changes when exposed to heat.

While some heat-acclimatised elite athletes, such as Tour de France cyclists, may tolerate 40°C for limited periods, this temperature is potentially lethal for most people.

As a pump, the heart’s role is to maintain an effective blood pressure. It fills the hot and dilated blood vessels throughout the body to get blood to vital organs.

Exposure to extreme heat places significant additional workload on the heart. It must increase the force of each contraction and the rate of contractions per minute (your heart rate).

If muscles are also working, they also need an increased blood flow.

If all this occurs at a time when profuse sweating has led to dehydration, and therefore lower blood volume, the heart must massively increase its work.

The heart is also a muscle, so it too needs extra blood supply when working hard. But when pumping hard and fast and its own demand for blood flow is not matched by its supply, it can fail. Many heat deaths are recorded as heart attacks.

High aerobic fitness levels offer some heat protection, yet athletes and fit young adults pushing themselves too hard also die in the heat.

Who is more at risk?

Obesity also increases this vulnerability. Fat acts as an insulating layer, as well as giving the heart a more extensive network of blood vessels to fill. The additional weight requires increased heat-generating muscular effort to move.

Certain medications can lower heat tolerance by interfering with our natural mechanisms necessary to cope with the heat. These include drugs that limit increases in heart rate, lower blood pressure by relaxing blood vessels, or interfere with sweating.

Core temperatures are increased by about half a degree during late stage pregnancy due to hormonal responses and increased metabolic rate. The growing foetus and placenta also demand additional blood flow. Exposure of the fetus to heat extremes can precipitate preterm birth and life-long health problems such as congential heart defects.

Our bodies can acclimatise to hot temperatures, but this process has its limits. Some temperatures are simply too hot for the heart to cope with and for sweat rates to provide effective cooling, especially if we need to move or exercise.

We’re also limited by our kidneys’ capacity to conserve water and electrolytes, and the upper limit to the amount of water the human gut can absorb.

Profuse sweating leads to fluid and electrolyte deficits and the resulting electrolyte imbalance can interfere with the heart rhythm.

Mass death events are now occurring during heat waves in traditionally hot countries such as India and Pakistan. This is when heat extremes approaching 50°C exceed the human body’s capacity to maintain its safe core temperature range.

Heatwaves are hotter, more frequent and lasting longer. We can’t live life entirely indoors with air conditioning as we need to venture outdoors to commute, work, shop, and care for the vulnerable. People, animals and our social systems depend on this.

Besides, on a 50°C day, air conditioning units will struggle to remove 25°C from the ambient air.