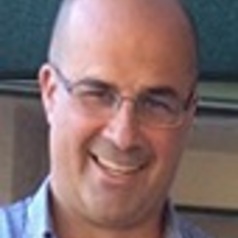 The recent spate of incidents and reports of doping, match-fixing and wall-to-wall TV coverage of betting, alcohol and junk food advertisements has stimulated considerable debate about the impact of commercialised sport on Australian youth.

Australia has both a unique and rich junior sport heritage, comprised of school and community sport.

In most other countries, junior sport is either promoted in the school or the community. This “either/or” approach can mean children fall through the gaps. In Australia, the two-pronged school and community approach meant that, historically, participation was extremely high.

The school sport system is currently under stress. There has been a marked decline in participation, especially in the public school system, as it is not mandated in the Australian National Curriculum.

There are several indicators highlighting the decline in youth participation in sport.

One pertinent example is the decline of swim education, linked by the YMCA to the recent spike in holiday drownings. Compulsory swim programs emerged in state education systems from the 1890s but are now in decline. These programs highlight the historical importance of schools in the habituation of sport, both short- and long-term.

ABS figures and other reports show almost 40% of school-aged students do not play sport outside the school setting.

There is a compounding class issue in this. Many private schools make sports a priority. This encourages students to make physical activity a central part of their lives. However, this is not the case in many public schools.

At the community sport level, things are not much brighter. Participation in most sports is not cheap, and parents make significant monetary sacrifices to enrol their kids.

NSW state Labor MP Ron Hoenig recently called for a parliamentary inquiry to investigate the cost of football instruction, which consistently ranks as the highest in Australia.

While rugby league and Australian rules football have some of the lowest joining fees, they are not to everyone’s taste. This means many kids miss out on their preferred sport at school because it isn’t offered, or because they are priced out at the community level.

The decline in community sport is not only related to cost. The junior community sport system has been professionalised, and the major sports see it as primarily a function of talent identification and/or early specialisation, with a focus on competition.

With this central goal in mind, the sparse amount of money that filters down to junior sport focuses on the mantra of “can the coach identify the next champion?”. While it would be naive to say this was not the case in earlier eras, in the modern era it is pervasive.

All major Australian sports have “talent identification programs”, “elite athlete programs”, “academies of excellence” and other derivatives. Prospective juniors and parents understand this very quickly and become socialised out of the sport because of this elite competitive focus.

There is little attempt by most sports governing bodies to grow mass participation at the grassroots level. While it may be a KPI for the people in charge of the sport, ultimately they are judged on the size of the next TV deal, the success of the national team, and income-generating opportunities.

Junior development takes years of toil to see improvements, and can only occur with governance that focuses on this component. The AFL is an exception to this, and has attempted to pursue both elite-level and grassroots-level expansion, especially in the area of female participation and in states where AFL is not the dominant sport.

This has paid dividends for the AFL, which outperforms the other football codes at both grassroots and elite levels in terms of spectatorship and participation.

This all means that many schoolchildren do not participate in sport. Therefore, these young people miss out on the psychological, educational and physiological benefits it brings.

Decay of sport in youth culture

From the 1880s until as recently as the 2000 Sydney Olympics, junior sport was an institution that brought people together and defined Australia. There was an assumption that you would participate in sport as well as spectate.

Arguably, the high points of Australian sporting culture were the 1956 Olympics in Melbourne and the 2000 Games in Sydney.

Playing sport was once a feature central to growing up in Australia. It’s time to question what role commercialised sport has played in youth sport’s decay.

Steve Georgakis does not work for, consult, own shares in or receive funding from any company or organisation that would benefit from this article, and has disclosed no relevant affiliations beyond the academic appointment above.