How dieting encourages your body to replace lost weight 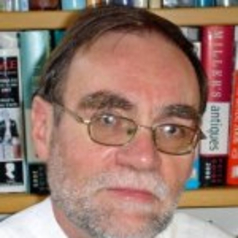 Obesity is a risk factor for numerous disorders that afflict the human race, so understanding how to maintain a healthy body weight is one of the most urgent issues facing society. By 2025, it is estimated that 18% of men and 21% of women will be obese worldwide.

In the US alone, 68.8% of people are already classified as overweight or obese. The UK, meanwhile, has one of the greatest problems in Western Europe – 67% of men, 57% of women and a quarter of children are overweight.

In order to lose and maintain a healthy weight, public health policy typically advises eating fewer calories – by reducing the calorie content of food items or reducing portion size, for example. We propose, however, that simply choosing food items with reduced calories is not necessarily the best way to maintain a low weight.

There are hundreds of diets that, for a period, reduce calorie intake and in this way decrease body weight. But the number of those who are dieting at any one time demonstrates that this is not a long-term solution. Every year in the UK, 65% of women and 44% of men try to reduce their weight, by, for example, decreasing fatty or sugary foods or eating smaller portions.

Surveys also estimate that a quarter of people are always trying to lose weight, or “yoyo dieting”. The constant dieting to lose weight, subsequent weight gain, and further weight loss are part of a cycle that repeats itself for these people. Losing weight is much easier than maintaining weight loss, yet for health reasons we need to retain the lower weight.

Although cutting calories can cause weight loss, it does not follow that if a person returns to their usual diet they will maintain their new low weight. In fact, studies have found that after a low calorie diet, between one and two-thirds of people regain more weight than they had lost initially.

The fundamental problem with cutting calories is that the human body defends its original weight. Evolution has produced a body that anticipates future famine, with the result that when you reduce calorie intake there are strong physiological pressures to replace the lost energy.

For example, dieting causes the gut to release a range of hormones that increase appetite: changes that are still apparent after the diet is over. Leptin – which makes one feel satisfied and full – has been found to be still reduced a year after dieting has finished, while ghrelin, a hormone which stimulates appetite, remains raised. So even a year after a person finishes their diet, they will feel hungrier than when they started dieting, and still anticipate a higher food consumption than before the diet.

There is also increasing evidence that dieting changes taste sensitivity. For example, those who have recently lost weight rate the taste of sugar as more pleasant.

When low calorie versions of foods are unknowingly consumed, there is a subconscious tendency to replace lost calories by changing other aspects of the diet. In one study, researchers gave artificially sweetened drinks to unknowing participants who were used to drinking sugary drinks. The scientists found that although on the first day the participants consumed fewer carbohydrates, from the second to the seventh day, the overall energy intake was unaffected: they made up for the lack of calories in the sweetened drinks with energy from other foods and beverages.

The overwhelming message is that the price of freedom from obesity is eternal vigilance. When the initial attention associated with dieting dissipates, basic biology ensures that weight is regained. For the weight-conscious, actively counting calories can be successful, but losing weight and keeping it off can only work if one’s calorie intake becomes an issue high on the agenda.

The passive removal of calories – for example, when a manufacturer reduces portion size, or a government requests that chocolate bars should not contain more than 250 calories – will only be influential if an individual persistently monitors overall calorie consumption. Without this psychological engagement, basic human biology will take over and any lost calories will be replaced.

David Benton does not work for, consult, own shares in or receive funding from any company or organisation that would benefit from this article, and has disclosed no relevant affiliations beyond the academic appointment above.