How can your bank help reduce climate change risks to your home? 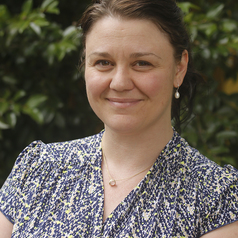 Australia is a land of extreme weather. Events such as the 2009 Victorian bushfires, the 2011 Queensland floods and Cyclone Yasi in 2013 are stark examples of climate-related risks faced by Australian households. Many homes are built in high-risk locations including floodplains, coastlines and bushfire-prone land.

The Climate Institute has today released a report detailing the critical role Australian housing plays in the economy, and the risks housing faces with a changing climate.

It also sets out the role of banks and insurers in promoting risk reduction and climate adaptation for Australian housing.

Housing represents many Australians' biggest financial commitment – including those who rent rather than buy. Housing accounts for up to one-third of the economy, through direct and indirect means and across sectors such as finance, insurance and construction. With population projections forecasting continued growth and attraction to risky locations, banks and other financial institutions have a crucial role to play in minimising the economic threat posed by climate change.

But while the role of land-use planning and insurance with regard to climate risks has been well documented, the role of banks as gatekeepers to housing finance has been largely overlooked.

As the Climate Institute’s report points out, banks have a “unique ability and incentive” to steer housing purchases, because they are the main providers of residential financing. As such, they have large financial liabilities if homes are lost to fires, floods or other climate effects.

There are a range of tactics banks might use to reduce or mitigate climate risk. For instance, they could favour lending on homes that meet specific risk-reduction requirements, such as raised floor levels for homes in flood zones, or fireproof construction materials in bushfire-prone regions. This approach could also be used in setting mortgage insurance premiums as well as the mortgages themselves. Another approach is to better apportion their exposure - by lending on a reduced percentage threshold of the total property value.

Westpac has a Climate Change Position Statement and both the Commonwealth Bank and NAB have committed in reducing carbon. But more needs to be done for housing.

If banks continue under a business as usual approach, they face the risk that many properties will be devalued over time, through continued exposure to extreme weather events. This represents a significant financial liability, especially when you consider that a home loan typically takes 30 years to play out – a similar time scale to the many climate impacts expected for Australia.

Banks are already making moves to restrict lending based on location.

But the report outlines several other things banks could do, such as:

The report also details how the insurance sector assesses risk to housing, and how it might improve its approach in the future, given the intersection of urbanisation, population trends and the trend towards living in climate-threatened areas.

The insurance sector has historically been seen as the messenger of housing market signals, because of its keen focus on assessing weather-related risk. But the 2011 Queensland floods highlighted many weaknesses in relying on insurance alone.

Many properties did not have adequate flood insurance, leaving many people without a home after losing their house to the floods. The Australian and Queensland governments and the private sector struggled to co-ordinate a cost-effective response, partly because of previous bad land-use planning decisions, but also because of the lack of adequate insurance cover.

A federal government levy helped the affected regions to “build better back”. Some chose to rebuild in the same high-risk locations.

At face value, this issue is a no-brainer. After all, risk mitigation is bread and butter for lending institutions and insurers, and we already know that extreme weather events are forecast to increase in frequency and severity. National resilience is required.

Quantifying this risk will be easier if financial institutions utilise access to relevant data on issues like coastal risk. Some of these data are becoming more freely available. Recognising the value of climate data is a trend that should continue. For a robust and resilient future, governments and the private sector should end their tango over who should pay for the information and agree that financial climate risks are best faced with eyes wide open.

Tayanah O'Donnell does not work for, consult, own shares in or receive funding from any company or organization that would benefit from this article, and has disclosed no relevant affiliations beyond the academic appointment above.