Cryptocurrencies guide for the absolute beginners

Which Equipment is Must-Have for the Industrial Business?

How To Handle Your Personal Injuries?

How To Start a Project Management Career

Why Switching To a Menstrual Cup Will Save You Money

How Much is Bail for DWI in Texas? 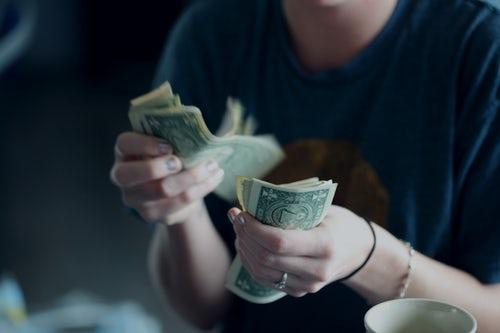 When you get arrested for a DWI in Texas, there is a good chance you might have to spend the night in jail. If you don’t want to wait for your trial in the slammer, you might have to post bail or have someone else post it for you. Lest you should think you can’t afford it, there are several options for raising bail that don’t involve being independently wealthy. You can call a friend, use a bond person or, in some cases, vouch for yourself. Before you decide how to post bail, you may want to understand how bail is set.

How is Bail Set?

Bail is set by a judge at a bail bond hearing and based on the severity of the crime of which the defendant is accused as well as his or her criminal record. Factors such as employment and family responsibility may also be taken into consideration when setting bail. Texas is tough on crime, and there are some cases in which a defendant may not be able to be bailed out. If a person is on felony probation, they may be denied bail altogether. If the defendant has a history of violence, he or she may not get bail, or the bond may be set at a much higher amount than it would be if the defendant had no such history.

The state of Texas does not have a set amount for bail bonds, they leave that decision up to the counties. Fort Worth is in Tarrant County and they have several guidelines for bonds. Generally, a first time, non-violent DWI charge is considered a class B misdemeanor and therefore bonded at $500. However, if a person’s blood or breath alcohol concentration was very high, they might bump it up to a class A misdemeanor, in which case bail would be set at $750. If you are a repeat offender, you are likely to have your DWI bumped up to a class A misdemeanor.

Once your bail is set, you can stay in jail until it is time for your trial, or you may pay the bail money. If you do not have the cash on hand, there are several ways that you can get bailed out.

Tarrant County offers the option of a personal bond. If a defendant has the recommendation of the personal bond office, he or she may be released on their own recognizance. In this case, the defendant will not post bail, but rather pay a fee of $20 or 3% of the amount of bail, whichever is greater.

Although it is rare, you may be able to use your home as collateral if you cannot afford to bail yourself out of jail. The property must be located in the state and your home can be forfeited if you do not show up for trial.

If you cannot afford bail, you may want to ask a friend or relative to pay it for you. If they cannot pay but they have good credit, they can cosign for a personal bond.

If you do not know anyone who can bail you out, you can always go to a bail bond office. A bail bondsman will charge you a percentage of your bail amount and then bail you out of jail. You will then have to pay back the bondsman. Keep in close touch with your bondsman, they can renege on your loan if you stop communicating with them.

Texas is a state known for its independent way of doing things. It is one of the few states where your attorney can act as your bondsman. If you are represented by a Fort Worth DWI attorney, you may want to ask if they will do this for you. Whatever you decide to do, remember to stay sober and show up for your trial.