Houston Astros’ Gerrit Cole expected to headline for the team; Yankees in danger of getting left behind 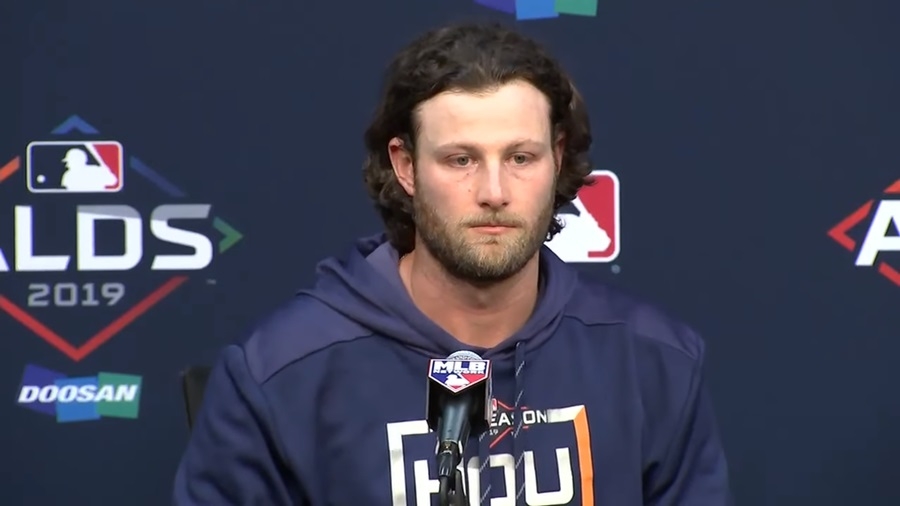 Photo via Screenshot of FOX Sports/Youtube

The Houston Astros are now leading the series against the New York Yankees 2-1 after they’ve successfully snatched the win yesterday on the back of Gerrit Cole’s stellar pitching. Although it wasn’t Cole’s best night, the 29-year-old was still spectacular throughout the 7-innings against the Yankee’s offense.

The Houston Astros will be colliding the Yankees again tomorrow tonight, although both teams have yet to announce their respective lineups for Game 4. However, it’s safe to assume the Gerrit Cole will headline for the Astros yet against as the pitcher proved to be quite the enigma for the Yankees three games into the series.

Of course, with the Yankees almost able to solve Cole, the Houston Astros shouldn’t fall into complacency coming into the match. Meanwhile, Jose Altuve is also poised to add more weight to the offense of the Astros, similar to what he did during Game 3.

Houston Astros needs to be stalwart amidst toxic fan behavior

Altuve’s name is now being mentioned among the ranks of Babe Ruth and Nelson Cruz following the Houston Astros’ recent triumph. But there could be trouble ahead.

Yesterday’s match proved to be quite rowdy as Josh Reddick suffered some aggression from the Yankees fans. Reddick was one of the major reasons for the Houston Astros’ victory, contributing a home run in the second inning and stopping the Yankees from staging a comeback at the end of the 5th.

With emotions running high, fans were infuriated that the Astros locked the Yankees on a single score all night. They threw several water bottles and two souvenir baseballs right on the field. Reddick, of course, is voicing his own frustrations regarding the fans’ reckless behavior, USA Today reported.

“You throw a baseball hard enough, hit somebody in the head when we’re not looking; it can do some damage to you as a player. You throw a baseball from the third deck; it’s got a little bit of movement on it,” the Houston Astros outfielder said. He went on to say that those type of behavior has no place in baseball.

He also voiced his disappointment at the security guards who weren’t doing anything to stop the ruckus. Reddick even went as far as to say that he’ll not be surprised if the security itself is inciting this sort of behavior. Regardless of the circumstances, the Houston Astros is looking to ride their momentum and is expected to put up another dominant performance tomorrow night.