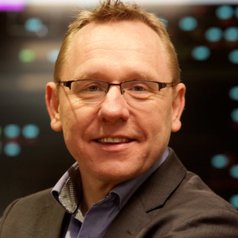 Both Portugal and Germany have recently succeeded in meeting almost all of their power needs using renewable energy. But at the moment, the UK falls far short of this feat. In 2015, less than a quarter of the country’s energy was generated from renewable power sources such as wind, solar, hydro and bio-energy.

If the UK is to usher in an era of low carbon energy by bringing more renewables online, then its energy infrastructure needs a major overhaul. The energy grid must be smart, flexible and integrated – which means making it more open and accessible via the latest technology. With many existing fossil fuel power stations set to be decommissioned in the coming 10 years, and energy from UK coal hitting zero for the first time in 100 years, it’s time to start implementing “smart” energy infrastructure.

In particular, tantalising opportunities are presented by the Internet of Things. For example, heating and cooling, mains switches and charging points could be monitored and altered via a mobile phone, a laptop, or an intelligent algorithm, which understands the dynamics of the energy system and residents' personal preferences.

With the Internet of Things, people could monitor their energy usage and programme household loads – such as washing machines or dishwashers – to run during times when energy is cheapest, or when renewable generators provide more energy to the grid. People would no longer be passive consumers connected to an ageing, centralised grid. Instead, residents could become empowered users of a dynamic system, which enables them to participate more directly in how they use, store, distribute and generate energy.

In this scenario, it might even be possible to achieve 100% renewable energy use, like Portugal and Germany. But it would only work if energy companies such as suppliers, and utilities, had unlimited and coordinated control over energy demand. And to do this, we’d need to change the way that information about energy is used and visualised.

For instance, energy consumers could share their energy use data with the distributor or community energy initiative using smart meters. Then, these suppliers would aim to provide energy at times when you need it most. But they would also offer incentives, such as rebates, to encourage people to use energy in more efficient ways.

Take, for example, people living in rural areas, where there is less energy infrastructure, which is more vulnerable to faults or failures. These residents probably have their own sources of back-up power, but they could combine this with an array of solar panels or a small wind or hydro power turbine, and effectively live “off grid” until the energy network is restored. What’s more, rural communities could operate their own “microgrids”, allowing residents to share any surplus energy generated with their neighbours.

Behaviour change is also key to achieving a low carbon energy system. Communities and businesses need to be more thoughtful about the way they use energy, and when. This will be much easier when all users can be aware of what others are doing, to make energy demand more in sync with supply.

According to a 2016 report by the National Infrastructure Commission, introducing “smart power” would require an energy system which facilitates interconnection, storage and demand flexibility. It is estimated that such a system would save energy customers £8bn a year by 2030, help the UK meet its 2050 carbon targets, and secure the UK’s energy supply for generations.

But this infrastructure cannot be implemented without a deep understanding of the whole energy system. At the moment, energy policy is paralysed by uncertainty about what the future low carbon energy mix will be and which transition pathways will lead to that future. This includes uncertainty about how energy and carbon prices will fluctuate, plus when and where the technological breakthroughs will be made.

What’s more, automated energy systems and smart grids carry their own risks. They can be vulnerable to cyberattacks: Ukraine’s power grid was hacked in December 2015, leaving more than 230,000 residents without power. It’s also important that the energy system can account for uncertainty about weather patterns, which affects renewables. For example, changes in wind speed result in changes in power output. Power outages, in particular, often occur due to grid vulnerability to extreme weather events, such as heavy rainfall, which are expected to increase because of climate change. It will be crucial to ensure that energy infrastructure is resilient to these risks and uncertainties.

At the National Centre for Energy Systems Integration, based at Newcastle University, researchers will be working with Siemens and the UK Energy Research Centre to make the UK’s energy system safer and more efficient. We will be examining the energy system as a whole – gas, electricity, renewables, heating and cooling – to come up with new ways to give customers greater control of their energy use, while allowing the industry to meet tough new low carbon targets. Along with innovations in energy storage, renewable energy technology and distribution, “smart power” has an exciting role to play in the UK’s energy future.