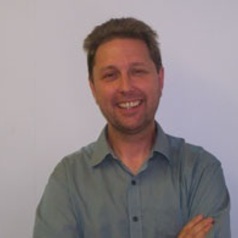 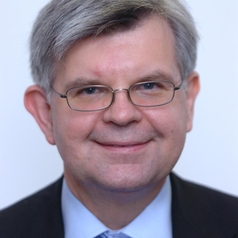 In a landmark decision, the UK court of appeal recently ruled that Heathrow Airport’s proposals to build a third runway were unlawful because of their incompatibility with climate legislation.

Speaking on BBC Politics Live, the journalist Tim Shipman said the decision represented a “massive collective failure of the political class over the last 20 odd years”. Leaders of business and industry, as well as some parts of government were quick to express their concerns about the dangers to “Global Britain” and the perennial difficulties of delivering large-scale infrastructure projects:

The ruling does highlight how hard it is for governments to engineer legitimate and practical solutions to the increasingly complex dilemmas they face. Since the 1990s, successive UK governments have tried to push airport expansion, deploying various technologies and policy instruments to decide where and how the new airports or runways should be built. These include extensive public consultations, an independent commission of inquiry, parliamentary deliberations, and new institutions to “manage” noise or to facilitate local community engagement and legitimise whatever decision is taken.

The overriding aim has been to try and depoliticise airport expansion and to secure the consent of affected parties. Of course, such aims have been immensely complicated by a growing awareness of environmental problems such as climate change and air quality, and the problems of financing large-scale projects in an era of neoliberalism, where governments are reluctant to pay directly from the public purse.

But the verdict could be better viewed not simply as a failure of government but as a success for political campaigning by local residents, campaigners and environmental activists.

Such efforts go back to an inquiry against a fifth terminal at Heathrow in the late 1990s, if not to debates over a third London airport in the late 1960s and early 1970s. Indeed, local residents have been campaigning against aviation noise and expansion at Heathrow since the shifting of flight paths over south-west London in the late 1960s. In fact, for these residents and environmental campaigners, the real lesson of the ruling could be that persistence pays off.

Over the years, campaigners have skilfully exploited the repeated attempts by government to take aviation out of the realms of politics. While the Blair government tried to create a policy consensus over the future of air transport through a national dialogue, its process of consultation only served to deepen divisions, leading to the forging of rival national coalitions for and against expansion.

An independent Airports Commission established in 2012 pushed aviation out of the political arena for a time, but once its recommendations were published this temporary ceasefire was brought to a close. Campaigners immediately contested the report as well as the commission’s way of working – and indeed the role and character of its chair Howard Davies.

Even during the deliberations of the Airports Commission, the efforts to take noise off the political agenda backfired. Davies and his fellow commissioners suggested the creation of an Independent Aviation Noise Authority to ensure an “objective” and evidence-led assessment of the noise impacts of any expansion. Yet this initiative just put the issue back to the top of the political agenda, legitimising the demands of local residents and reopening debates over what constitutes noise and its measurement.

The latest setback for Heathrow’s third runway shows that the courts have become once again another arena in which to challenge government decision-making and its support for aviation expansion, with the court of appeal recognising that the Paris climate agreement and the commitment to keep the rise in global temperature to 1.5 degrees centigrade have “binding effects” on government.

But what’s the alternative?

So, the real lesson is that persistence matters. But persistent opposition without putting forward a credible alternative only gets you so far.

Back in 2010, the third runway looked buried. But in the following months and years, the aviation industry mounted a well-funded and successful campaign to get airport expansion back on the agenda of the newly-elected Conservative Party. Today, the politics of persistence has again stopped Heathrow expansion – but again it is hard to see a credible policy and lifestyle alternative to more aviation and more runways.

The upshot is that campaigners and environmentalists now need to go beyond obstruction and negation, and look to propose a credible path for aviation, one which is not just focused on new technologies and “sustainable growth”.

But this would require governments and decision-making bodies to shift away from the expansionist market liberalisation that has dominated aviation policy for the past 30 years. If environmental campaigners want to see their ideas implemented in the longer term, they must begin a cultural battle to reshape established thinking on mobility and future demand.