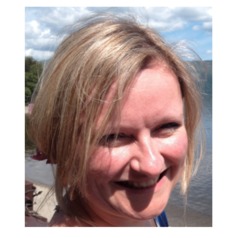 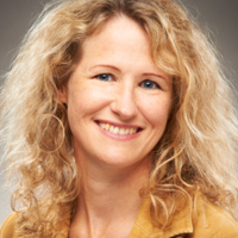 In a bid to improve the integration of immigrants in Britain, a group of MPs has suggested different areas of the country could be given control over how many people are allowed to live and work there.

The idea was included as one of six principles outlined in the interim report on the integration of immigrants by the All Party Parliamentary Group (APPG) on Social Integration. Other principles included ensuring immigrants either speak English or are enrolled in compulsory lessons on arrival.

The MPs’ proposal for a regional immigration policy draws on the model of the Canadian Provincial Nominee Program (PNP) of region-specific visas and regional quotas. Established across Canada in 1995, the PNP enables the federal government to delegate authority to provinces, which nominate migrants for visas within regionally agreed quotas.

An individual’s immigration status is tied to a specific region for usually two years, before they are free to move elsewhere. Its purpose is to provide regions and localities that have not been traditionally favoured destinations with the ability to attract new workers. It also aims to divert migrants away from population centres such as Toronto, Montreal and Vancouver and so reduce the perceived impacts of migration. Overall, within Canada the scheme has been viewed as a flagship success. It is based on a similar system in Australia. In the UK, proposals for region-specific visas are not a new idea. The Liberal Democrats first proposed a regional version of the “points based system” (which governs the allocation of work permits to non-EU migrants), in their 2010 election manifesto. Since then, the idea has re-emerged in the context of devolution to the English regions, and is gaining traction within the context of the Brexit debate.

The Scottish government has long argued for having its own immigration policy. In a limited sense, it already does so. There is a Scotland-specific “shortage occupation list” – which currently includes, for example, all anaesthetists, paediatricians, obstetricians and gynaecologists. However, in practice the Scottish shortage occupation list is almost the same as the UK national one.

To deal with existing regional shortages, employers mount targeted recruitment campaigns for both EU and non-EU nationals. And they are already free to offer incentives such as better pay, terms and conditions in order to attract the employees they want.

Could it work in the UK?

Given that the CBI, the lobby group for business, is in favour of making it easier for employers to recruit from overseas, it is also unlikely that business would be supportive of regional quotas or region-specific visas.

It is not at all clear that such a scheme would be remotely feasible. Operating it would be hugely complicated and risky.

The Institute For Public Policy Research has also proposed a regional immigration policy and submitted evidence to the APPG. It suggests that the entry of migrant workers would be regulated by issuing work permits, each tied to one specific employer and place of residence. This offers two unpalatable outcomes. On the one hand, it would present a nigh-on impossible regulatory burden on employers, apparently required to keep track of workers even when they are not at work.

On the other, it would offer employers enormous unchecked powers over the lives of individual employees, in a modern version of indentured labour. Making workers dependant on employers for their place of residence and work will make them even more vulnerable to existing illegal practices such as the confiscation of documents, debt bondage and non-payment of national insurance.

The APPG recommends that in the UK, regional quotas could be agreed by “devolved administrations, city regions and other democratic forums”. Yet in the wake of austerity measures local authorities who are already struggling to deliver essential services will struggle to find the capacity to agree regional immigration quotas, let alone monitor and nominate individuals for additional rights of settlement and citizenship.

The APPG has not made a convincing case for a regional immigration policy. The report claims that UK regions are unable to benefit economically from labour migration, and also that migration causes problems of social integration in areas with high proportions of migrants. Yet the MPs also argue that diverse places like London are less likely to have the problems of social segregation and conflict which were expressed during the debate ahead of the UK’s referendum on EU membership.

These contradictions express the muddled thinking at the heart of the report. The term “immigrant” is used to described everyone from newly arrived temporary labour migrants, to refugees needing settlement, to non-immigrants in Britain’s existing diverse communities. With such a confused starting point, the political or policy problem that the regional immigration proposal is supposed to solve remains unclear.

The report notes in passing the difficulties of securing “integration” where migrant workers are employed together for extremely long hours. The reality is that migrants’ work in low-skilled jobs is marked by very low pay, little to no social security, employment protection or affordable housing. But this reality is also shared by many non-migrant workers, sometimes in the same locations and workplaces. A regional immigration policy will not solve these issues.

To tackle these shared insecurities, inequalities, disempowerment and lack of integration in the current climate of austerity presents a huge political and policy challenge. It cannot be resolved by superficially borrowing from a Canadian scheme for labour migration, while being equivocal about the scheme’s premise of inclusion and citizenship.

In the end, these policy proposals look at least as much backward to Elizabethan England, as outward to Canadian progressivism. The proposed policy would create committees with powers to selectively control entry, residence and inclusion in local communities. Without the strong federal political accountability of Canada’s provincial system, and the premise of inclusion in its regional immigration policy, this would effectively disavow the UK government responsibility for population management, economic development and inequality. It sounds more like the end of the first Elizabethan age than the end of the second.

Emma Carmel receives funding for a current research project, TRANSWEL, from NORFACE. NORFACE is a consortium of national social science research councils and the European Commission. The opinions expressed in this contribution are personal.

Katharine Jones does not work for, consult, own shares in or receive funding from any company or organization that would benefit from this article, and has disclosed no relevant affiliations beyond the academic appointment above.