Going to the naturopath or a yoga class? Your private health won't cover it 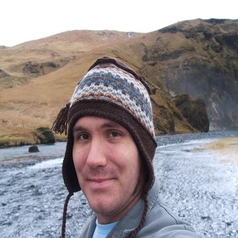 The goal of these changes is to stop taxpayers subsidising these therapies. But the way the changes have been legislated will have a lot of unintended consequences.

Why were some therapies removed?

The therapies were removed after a 2013 government review couldn’t find significant evidence for the clinical effectiveness for these therapies.

Based on the review, a ministerial committee concluded these therapies should no longer attract taxpayer subsidies as part of private health insurance.

Taxpayers subsidise natural therapies via the private health insurance rebate, which covers around 25% of the cost of premiums.

This rebate itself is controversial. It costs the government around $6bn a year and many experts have questioned whether it’s an effective use of taxpayer funds.

However, current government policy is to subsidise premiums. So ensuring taxpayer funds are focused on therapies that work is a worthy goal.

How does the legislation prohibit therapies?

Government subsidies for private health insurance premiums are governed by legislation, with practical considerations fleshed out in regulations. Exclusions from government subsidies would usually be incorporated into these mechanisms.

Instead, the change is contained within a separate set of rules which govern what insurers can offer. Three rules were amended:

So, what’s the problem?

The term “natural therapies” groups diverse treatments that have very little in common.

Therapies such as iridology (diagnosing health problems by looking at the iris of the eye) are not evidence-based, yet therapies such as yoga and tai chi have a reasonable (and growing) body of evidence. All three are on the list of prohibited therapies.

Chinese medicine, chiropractic and massage therapy are not on the list, and can still attract private health insurance benefits.

The 2013 review noted evidence for some of the natural therapies on the list, but excluded them because it was limited to specific conditions or situations. Evidence for the breathing technique Buteyko, for instance, was limited to asthma.

This limitation may warrant restriction of direct benefits. However, the legislation requires any bundled package of care or management program for asthma that attracts benefits to specifically exclude Buteyko, even if the insurer is not paying for Buteyko directly.

Organisations can still technically offer these services if they are completely separated clinically and administratively from reimbursable items. But the reality is this creates an almost impossible barrier. Natural therapies on this list can no longer interact, interface or integrate with reimbursable services.

The Department of Health’s private health insurance advisor admitted as much, noting it would be almost impossible for insurers – or organisations accepting insurance – to overcome barriers and offer any natural therapy services.

If therapies work, won’t they be allowed back?

The changes have a number of structural problems.

There is no formal process for updating the list as evidence evolves. This means therapies remain prohibited until legislated otherwise and other therapies cannot be added easily.

By virtue of not being included in the list, reiki and crystal healing are eligible for benefits.

Meanwhile, the review is already out of date. It examined systematic reviews published between 2008 and 2013, and did not review original research at all. Search criteria for the review were narrow and may not have reflected practice. The review excluded evidence for individual herbal medicines, for example, as it did not believe this evidence was relevant to the practice of herbalism.

Meta-analyses now show yoga to be effective in conditions such as diabetes and back pain. Yoga is now recommended as a first-line treatment for low back pain in the United Kingdom. And NATO recommends military health services use yoga for post-traumatic stress disorder and back pain.

At the very least, the Department of Health should update the review to ensure the evidence on which they have based this decision is current.

We need an evidence-based approach to natural therapies. But these changes hamper access to therapies known to work, encourage therapies known not to work, and reduce researchers’ ability to investigate what does and doesn’t work.