Global hijabista style, from the Afghan burqa to the cover of a fashion magazine 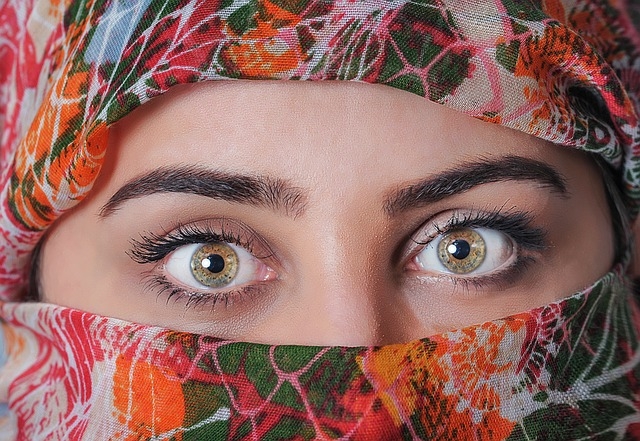 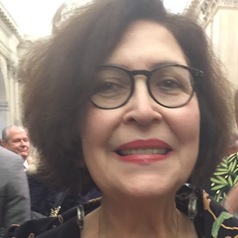 July 12 is National Hijab Day in Iran, a celebration that has been met by defiant protests by women driving headscarfless in their cars.

At the same time, the American glossy Allure has featured, for the first time, a hijab-wearing model on its cover. The Somali stunner Hamali Aden demonstrates just how beautiful and fashion-forward Islamic style can be.

How did this versatile piece of fabric get so controversial?

From Refugee camp to the cover of @Allure_magazine ! Thank you for the opportunity of a life time ! I am so beyond grateful ❤️ pic.twitter.com/BBv8NUFwUF

As an anthropologist who studies women’s lives in the Middle East and Afghanistan, I have a particular interest in female dress. So I have closely followed Europe’s ongoing debates over the hijab worn by young Muslim women.

In France where I live, even the terminology remains confused: the term voile (veil) covers everything from the modest hijab or headscarf, to robes like the burqa.

Muslim female coverings, in fact, vary widely in size and origin. Afghanistan and the Pashtun areas of Pakistan feature the burqa, generally blue in colour, while the all-encompassing abaya is mandatory in the Gulf States, and the black niqab compulsory in Saudi Arabia.

Some version of the latter is increasingly worn by young Muslims and converts the world round who have adopted a strict, fundamentalist reading of Islamic texts. A fashion show in a French ‘Muslim women’ fair in Pontoise.‘ Carol Mann

These groups have adopted the all-in-one item called jilbab, which they have taken from Indonesia (where jilbab is a general term for hijab and is found there in various forms and colours).

Looser versions of this garment are also worn in former British colonies with considerable Muslim populations, such as Pakistan, Bangladesh and parts of India.

Cheerful, multicoloured hijabs are sported across the Middle East, although in Iran, the stern black tchador, which covers both body and head but (unlike the Sunni niqab) reveals the face and hands, is also common.

France has drowned out the diversity of these garments and their differing connotations with rigid legislation. And the public gets whipped into a frenzy over anything that could pass as Muslim clothing being a threat to the founding Republican principal of Laïcité, or secularism.

Last summer’s “burkini” outrage is emblematic of the confusion governing the issue in France. Lebanon has also now forbidden the swimwear on its beaches.

Like all clothing, Muslim women’s garb has no singular or fixed meaning.

In many countries, among them Saudi Arabia and Afghanistan, it is emblematic of legally-condoned repression of women. In Malaysia, Iran and ISIS-dominated regions, a special vice squad controls how women dress. Where sharia norms prevail, women’s appearance is never above the scrutiny of state, or of men.

As a result, attention to make-up – especially of the eyes and eyebrows – and plastic surgery is heightened in these countries. A public garden in Kabul, the capital of Afghanistan. Carol Mann

And fashionistas in Tehran, of course, are famous for turning the mandatory clothing into a design statement.

But in much of Europe and some Muslim-dominated countries such as Chechnya, Chad and Morocco, hijabs are not compulsory, and the full-face niqab may be outlawed, as it is in France.

The League of Human Rights and Amnesty International protested France’s 2014 ban, saying that the law infringed on human rights. These are the same human rights organisations that decreed, post-9/11, that the burqa was emblematic of the Taliban’s patriarchal repression of women.

These two contradictory meanings uneasily coexist in the same article of clothing.

Towards a ‘globalised islam’

The unexpected surge of religious practice among young people in the Middle East and Europe may offer some answers to how this is possible, and why it’s happening.

With the failure, some six years ago, of the Arab Spring revolts and ongoing distrust of Western interference in the Middle East, Muslim millennials appear be turning increasingly to religion, says French sociologist Gilles Kepel in his latest essay, La Fracture.

For them, faith fills an ideological void and, though digital consumerism is widely accepted, it helps young people express their contempt for hegemonic Western neoliberalism. This recalls historian Francis Fukuyama’s 1992 book, The End Of History and the Last Man, which presented two bleak options for the future of the world: nationalism and religious fundamentalism. Students in Beirut, with the girl in the middle wearing her veil in the ‘Sunni’ style. Carol Mann

Religion has emerged salient, but perhaps not quite as much as Fukuyama foresaw it a quarter of a century ago. Instead, in an exemplary case of what Marxist historian Eric Hobsbawm called “invented tradition”, some forms of adherence to Islam have evolved into a uniform devoutness that excludes any reference to local culture. It is also increasingly political but includes a check on appearance.

The result is what Olivier Roy has dubbed Globalised Islam.

A comparable process has even swept through parts of Europe and North America where pockets of strong ethnically-based communities have long existed. But the US, UK and Canada tend to be more tolerant of such visible ethnic and religious wear than republican France.

Many of the five million or so self-identified Muslims in France feel targeted by the country’s creeping paranoia, which has split French society into those who associate anything “Muslim” with terrorism and those who vigilantly defend against Islamophobia.

The rise of modest fashion

France’s political hysteria may have reached its absurd peak when, in 2016, Women’s Rights Minister Laurence Rossignol proclaimed “modest” fashion as the new evil.

An outgrowth of what was once a discreet American niche market for Mormons and Orthodox Jewish women, the market providing appropriately moral clothing for Muslim women has been booming for the past six years or so, largely online. Modest-fashion vendors benefit from Instagram accounts and fashion sites that dispense advice to the younger generation of Muslims, which now includes a number of newly-converted shoppers.

As the upwardly mobile Muslim middle class grows in Indonesia, the Middle East, the United Kingdom and the US, these countries have seen a dynamic fashion trend among women who insist on being open about their religion.

According to a recent Thomson Reuters report, Muslims worldwide spent an estimated US$244 billion in 2015 on apparel, surpassing the US$221 billion layout of Chinese fashionistas.

Modest fashion is not just about piety; it’s about looking great, embracing modernity and showing that women can have multiple identities, including a religious one. Major brands, including haute couture labels, such as Dolce and Gabbana, are now producing clothing for this expanding market.

But fearful France has, of course, excluded itself from a share of this profitable trend. What some French people and many other observers fail to realise is that hijab can be an accessory. Women choose to wear it for their own reasons, from tradition to habit and feminist social challenge or sheer vanity.

They also have the option to change who they want to be, at the drop of a scarf. In doing so, they are able to accommodate their beliefs in active public participation with others. And is this not, in many ways, the very opposite of fundamentalism?

Carol Mann does not work for, consult, own shares in or receive funding from any company or organisation that would benefit from this article, and has disclosed no relevant affiliations beyond the academic appointment above.