Gen Z teenagers are leaving sex until later, and it could help them lead healthier lives 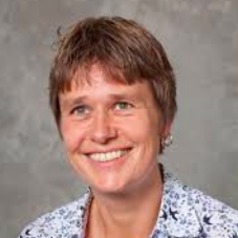 The teenage years are a time for experimenting and for pushing boundaries – particularly when it comes to intimate relationships. Such experimentation is a natural part of growing up. But there are potential risks, too – particularly if these early experiences aren’t positive ones. That’s why my colleagues and I investigated what kinds of intimate behaviour 14 year olds engage in, and how this insight can help to ensure young people are well prepared for healthy and happy adult relationships.

We know teenagers experiment with intimacy, often moving “up” the scale from hand-holding or kissing to more explicitly sexual activity. But we also know teenage pregnancy numbers have been dropping in recent years. And our new findings suggest that fewer young teenagers are actually having sexual intercourse than previously thought.

Studies have shown that 30% of those born in the 1980s and 1990s had sex before the age of 16. Among those born in the early 1990s, 18% had done so by age 15. But our new evidence, based on those aged 14, born during or just after the year 2000, indicates that there has been a decrease in the most intimate types of sexual behaviours among this latest cohort – Generation Z.

Holding off on ‘heavy’ activities

Our research used data from the Millennium Cohort Study, the most comprehensive survey of adolescent health and development in the UK. It follows children born between September 2000 and January 2002, and which has collected information on them at nine months and then at three, five, seven, 11, and 14 years old.

We used information from the most recently available data, when the study’s participants were 14 years old, and were able to look closely at the lives of 11,000 of them. Participants were asked about a range of “light”, “moderate” and “heavy” intimate activities. Hand-holding, kissing and cuddling were classed as “light”, touching and fondling under clothes as “moderate” and oral sex or sexual intercourse as “heavy”.

As might have been expected, more than half – 58% – had engaged in kissing, cuddling or hand-holding, while 7.5% had experienced touching or fondling. But in contrast to other studies, we found only a very small proportion – just 3.2% – had been involved in “heavy” activities, in the year before they were interviewed for the study.

Though our sample was younger than some of the cohorts used in previous research, our findings that Gen Z are leaving sex til later are supported by another recent study, which showed a decrease in the prevalence of sexual intercourse between two cohorts of 14 year olds in 2005 and 2015, from 2.1% to 0.9%.

Possible explanations for this trend are purely speculative, and have not been empirically tested. It could be linked to a decrease in other risky behaviours, like drinking and smoking, for example, alongside increased pressures and expectations around educational performance.

However, we did find clear evidence of links between heavier sexual activity and other risky behaviours. So most parents could take comfort from the fact that if their children aren’t taking part in other risky activities such as drinking or smoking, they probably aren’t having sex either.

We also found that those who were most likely to confide worries in a friend rather than a parent, those whose parents didn’t always know where they were and those who stayed out late were more likely than others to engage in heavier forms of sexual activity. Other potential links were found between heavy intimate activities and drug-taking, as well as reported symptoms of depression.

Our findings suggest that young people who push boundaries may push several at once. For instance, young teenagers who drink, smoke or stay out late are more likely to engage in all types of sexual activity. There needs to be a better understanding of this interplay between personal relationships and behaviours among families and at schools, where sex and relationships education tends to focus mainly on “heavy” intimate activities.

Initiatives that aim to minimise risk and promote well-being are crucial to better support young people. These need to consider a range of behaviours relating to intimacy, health, mental health and social relationships. This will ensure that intimacy is understood as a normal part of development, along with other kinds of experimentation. The right intervention at the right time can ensure a teenager’s intimate life is set on a positive course.

Most importantly, they need to know how to ensure their intimate experiences are mutually wanted, protected and pleasurable. The concept of “sexual competence” – which refers to sexual experiences characterised by autonomy, equally willing partners, being “ready” and (when relevant) protected by contraceptives – is important at all ages, as are close and open relationships with parents.

If young people can learn about intimacy in a positive way at an early stage, then those good experiences can build foundations which will help them throughout their lives.