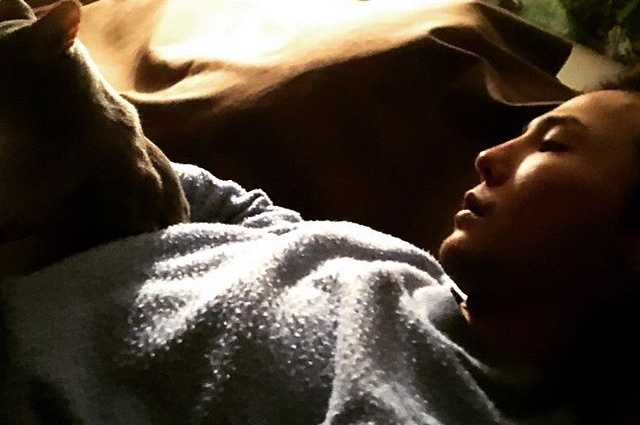 G-Dragon, the leader of the BIGBANG, celebrated his 31st birthday on Aug. 18 and the following day on Aug. 19, the boy group marked their 13th anniversary as singers. The group debuted in 2006, and it made history by becoming one of the most successful Kpop acts around the world.

BIGBANG is also considered as one of the Korean celebrities that paved the way for the Korean Wave to spread globally. G-Dragon, TOP, Taeyang, Daesung, and Seungri were also the first Kpop idols to receive recognition from international music award-giving bodies such as the MTV’s EMA (Europe Music Awards) and more. Since then, the younger generations of Korean boybands have been recognized as well as BTS, GOT7 and EXO.

BIGBANG’s oldest member, TOP or Choi Seung Hyun, posted a photo of himself and G-Dragon and captioning it with a simple greeting of “Happy Birthday GD!” The two have been friends for a long time so his post is very touching for the fans. Then again, the photo doesn’t exist on TOP’s Instagram anymore as he already deleted it for some reason.

It has been 13 years since the group debuted under YG Entertainment. It has been going strong and they are really doing well until they had to take a break as the members need to serve in the army.

This year has been bad for BIGBANG due to the string of scandals that the members have gotten involved in and Seungri also left the group early this year but still, their fans have united to make sure that the five guy’s anniversary will be celebrated despite the fact that they are not around to celebrate with them. Fans paid tribute to the group by posting photos of them as a five-member group and this trend worldwide.

Nike teams up with GD’s PEACEMINUSONE

Meanwhile, G-Dragon’s brand PEACEMINUSONE has collaborated with Nike for sneaker design. It was said that item is a dress sneaker made from premium black and white leather and it was named “Para?Noise.” the first look was revealed by The Sole and it will be sold for $200.