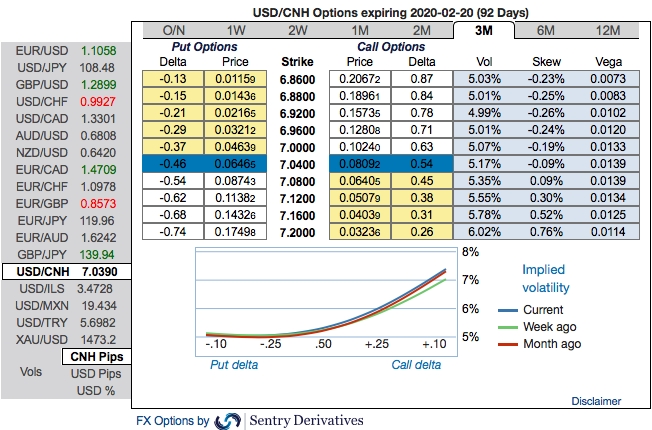 The US-China tensions flared up again, just as the two parties were about to reach a first phase towards a trade deal. The US Senate yesterday passed a bill that requires certification of Hong Kong autonomy and warned China against suppressing protestors violently. The US backing of Hong Kong demonstrators fuelled Chinese anger and officials called upon the US to stop interfering with internal Chinese affairs.

These renewed strains come after news yesterday that the US and China were in possible final negotiations over how much tariffs should be rolled back, possibly using the preliminary terms from the failed May agreement as benchmark. However, with the Hong Kong bill that may soon land on Trump's table, there is clearly a risk talks could be upset yet again.

Separately, the US House of Representatives managed to pass a stopgap funding bill to avert a looming US government shutdown. The latter was not enough to lift risk sentiment from the hit it took on China-US worries and equities ended the day mixed in the US session. Downbeat sentiment carried over to Asia with Hang Seng down 0.7% at the time of writing.

The loan prime rate, China's new benchmark lending rate, was lowered by 5bps this morning, which is widely expected. After the cut, the one-year and 5-year tenor LPR are at 4.15% and 4.85% respectively. This is the second time since September the one-year LPR has been lowered, which is interpreted by the market that the Chinese authorities are keen to provide some support to the struggling economy. From a FX perspective, the CNY is likely to be under pressure to weaken due to the easing bias in the monetary policy. In the meantime, the Chinese yuan is more sensitive to the trade headlines which seems to suggest that a phase one deal remains deadlocked for now. While the overall scenario remains largely unchanged, the enthusiasm surrounding the trade deal has been clearly fading, which explains the recent risk-off sentiment reflected in the CNY dynamics.

USDCNH has resumed its bull-run from last week or so, the pair has jumped above 21DMAs and trading at 7.0390 levels.

Trade Strategy: At this juncture, we remain short in CNH via 3-month (7.00/7.25) debit call spread. If the scenario outlined above unfolds, we will re-assess our stance but at the moment there are no changes to our CNH recommendations. The positively skewed IVs of 3m tenors indicate that the upside risks of USDCNH are foreseen (refer above chart, spot reference: 7.0390 levels). Courtesy: Sentrix & Commerzbank