Fxwirepro:EUR/AUD neutral in the near-term, scope for downward resumption

FxWirePro :EUR/NZD consolidates at above 1.7500 after early fall, good to sell on rallies 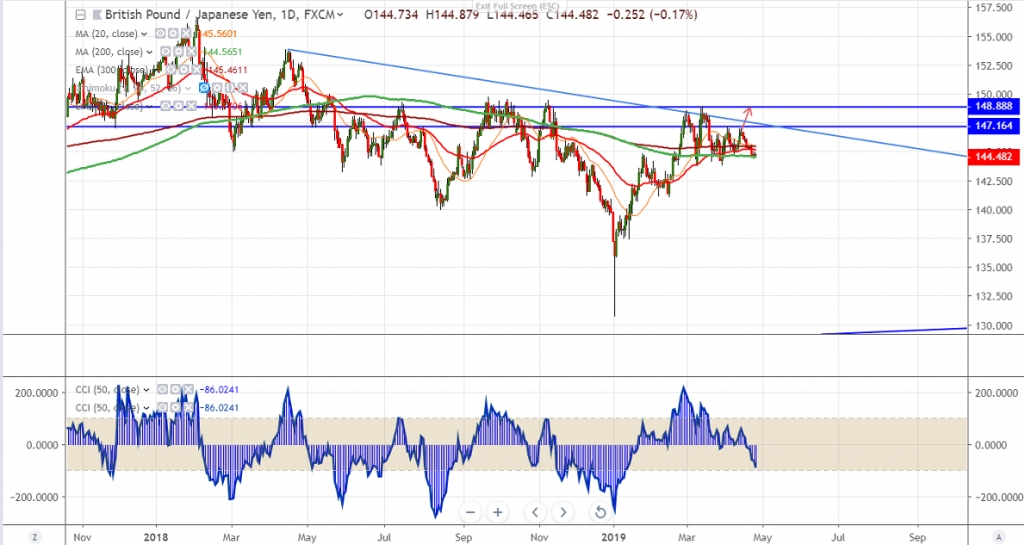 GBPJPY is consolidating after hitting low of 144.40 yesterday.Overall weakness was mainly due to Brexit uncertainty.BOJ has kept its rates unchanged as expected and trimmed its growth and inflation forecasts.The pair hits intraday low of 144.48 after the policy and is currently trading around 144.55. Markets eye BOJ governor Kuroda speech for further direction. GBP is trading lower against USD and has lost more than 100 pips in past tow trading days..