Australia’s trend growth rate likely to be between 2-2.5 pct per year for the coming decade, says ANZ Research

U.S. Leading Economic Index likely to have dropped in December 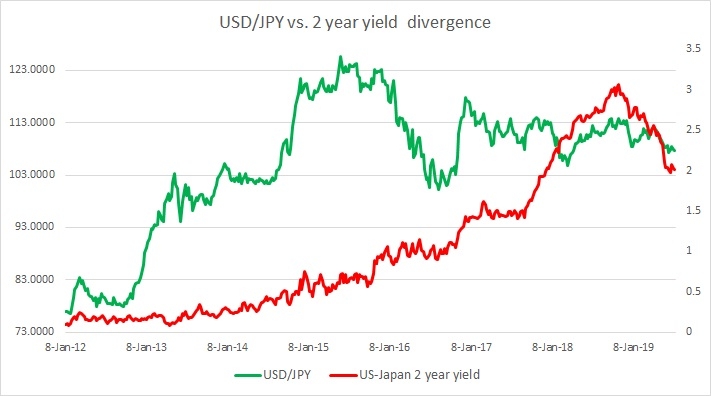 The above chart shows the relation between the 2-year bond spread (U.S. - Japan) and USD/JPY exchange rate.

The spread is proving to be key exchange ate mover in 2019.