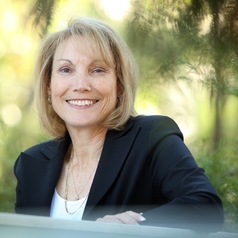 The government’s plan to combat recent cases of franchise misbehaviour by holding franchisors responsible for wage underpayments by their franchisees, could undermine the business model of franchises.

Franchisors and franchisees operate as separate legal entities. Until now, franchisors have relied on this separation to avoid responsibility for franchisee non-compliance with workplace laws.

It’s this separation that makes franchises work and although these companies may appear as one to customers, the distinction between franchisor and franchisee in law is essential to its business model.

Joint responsibility under law could potentially burden the operating costs of franchise systems, thereby affecting their economic value. Knowing that franchisors are jointly responsible, franchisees could even free ride and become complacent towards compliance.

The sharing of obligations, the operation of businesses through separate legal entities and the perception of operating and minding one’s own business are what make franchising successful. Both parties enjoy the separation of ownership and custodianship, while agreeing to share benefits.

Franchising is a quirky relational system that is very sensitive to the way revenues are shared and costs apportioned. If the franchisor is forced to share statutory responsibilities with non-complying franchisees, any costs associated in mitigating this responsibility will be passed on to all the other franchisees in the form of reduced revenues or increased costs.

It’s often noted by industry professionals that when a company-owned store is converted to a franchise, the franchisee generally increases the outlet’s sales turnover and profit within a short time. This is because the franchisee, unlike the store manager, has their capital at risk and is motivated to maximise profit by operating an efficient business.

Admittedly, the introduction of the Franchising Code of Conduct in 1998 - which converted some common law practices into legislation - has already signalled the preparedness of the Australian government to intervene in this freedom to contract. The mandatory Franchising Code of Conduct applies to franchisors and franchisees and it has addressed several problems relating to conduct towards each other. However, the new law proposes to create an obligation between the franchisor and the franchisee’s employees.

The proposed legislation for franchises

The proposed legislation seeks to make a franchisor legally responsible for wage underpayments by franchisees in their network, if the franchisor knew (or ought to have known) of the contraventions. Franchisors may escape liability if they took all reasonable steps to prevent the breaches.

Franchisors have a moral obligation to ensure their franchisees comply with workplace laws. It also makes good business sense to protect the franchise brand and reputation.

Recent cases, such as 7-Eleven and Caltex, have revealed the potential adverse impact on franchise systems in which franchisees have been caught out underpaying employees. Numerous 7-Eleven franchisees were exposed as exploiting workers in this manner last year. More recent evidence showed some vulnerable employees were paid in full but forced to return some of their wages as “cash backs” to their 7-Eleven franchisee employers.

In very similar circumstances Caltex franchisees have also been accused of wage fraud. Unlike 7-Eleven, which has committed to compensating exploited workers, Caltex is placing this responsibility on the recalcitrant franchisees.

7-Eleven recently signed a Proactive Compliance Deed which the Fair Work Ombudsman has suggested will “set a new standard for franchising in Australia”. These standards include biometric shift scanning and the use of CCTV in stores to enable monitoring by head office.

Although 7-Eleven has been forced to rectify its poor workplace practices, such extreme measures should not be regarded as the new benchmark for franchising. Proactive Deeds will place a monitoring burden on franchisors for the franchisee employee/employer contractual relationship.

A franchisor may be prosecuted under section 550 of the Fair Work Act as an accessory if it aided or abetted the breach. Indeed, Yogurberry was recently penalised in a precedent setting Federal Court judgement for being an accessory to the exploitation of several employees of its franchisees. So, do we really need more laws that purport to do the same thing?

The proposed new legislation similarly aims to hold franchisors responsible for franchisee non-compliance of workplace laws. But this proposal has potential to extend to other laws.

This will mean there will be a statutory precedent that such franchisor obligations should also apply to corporations, consumer and occupational health and safety laws. For example, a franchisor might become responsible for a franchisee who trades while insolvent or one who misrepresents an offer or who fails to observe proper safety practices. Such breaches are effectively dealt with under existing laws.

We don’t need another legal layer of prescriptive conduct and regulations for franchising. Instead, franchisees and franchisors should be encouraged to share their moral and commercial obligations.

Given the commercial interdependence of franchisor and franchisee, recurring unlawful conduct by either party ultimately degrades the value of the brand and any goodwill attached to it. Both parties depend on the brand’s equity for income and capital growth. Franchisors could be encouraged to include a reward model in their franchise agreement that allows franchisees to benefit from appreciations in the goodwill value of the brand and the goodwill of their respective franchise on exit.

While the proposed legislation is well-intended and seeks to protect vulnerable employees, a more measured approach is required to ensure that government intervention between contracting parties does not undermine the foundations of franchising.

The economics of franchising are carefully balanced against risk, reward and effort. Any attempt by government to impose further compliance obligations on franchisors would increase monitoring costs and affect that balance to the detriment of the sector.

Lorelle Frazer receives funding from the Franchise Council of Australia for the 'Franchising Australia' biennial surveys of the Australian franchise sector.