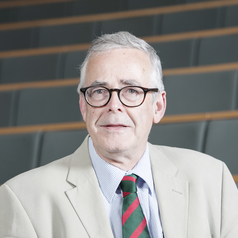 British scientists played a major role in developing key technologies and techniques for global legal systems. These tools – such as fingerprint and DNA analysis – reveal relationships between individuals, objects and locations involved in a crime. But, as the importance of forensic science and technology for the legal system continues to increase, there are major concerns about the survival of the institutions engaged in such work and the integrity with which it is used.

Today’s problems may not be of the same magnitude as forensic science failures of the 20th century. For example, at the 1975 trial of the Birmingham Six, forensic science evidence contributed to wrongful convictions for murder. But the crises we are now seeing, especially failures to follow rules to make trials fair and the incorrect reporting of test results, seriously harm peoples’ lives.

The first issue – failure by the prosecution to disclose evidence that might assist an accused person’s defence – threatens the fairness of a trial. Poor disclosure practices have been recognised as a problem by judges and defence lawyers for years. It was highlighted in five reviews between 2011 and 2017. Some people have been wrongly imprisoned due to such failures. And, as the legal system has become more reliant on science and technology disclosure, failures have increasingly resulted from errors when dealing with technical evidence.

The widespread ownership and use of digital devices has transformed the scale of the problem. It has been is estimated that an average of 35,000 pages of data can be downloaded from every single mobile device examined by the police. This data requires skilled analysis to identify robust evidence that can be used during a trial. Also, sufficient staff time is needed to be to identify evidence that should be disclosed to defence lawyers.

Problems with this important safeguard – specifically, the failure to reveal information about the incomplete scrutiny of digital devices – resulted in the collapse of a number of cases between December 2017 and spring 2018. Poor record keeping makes it impossible to know exactly how many. But it is clear that this crisis affected a wide range of crimes – although charges of rape and for other serious sexual offences attracted the greatest attention in the media and Parliament

Another major crisis has involved involved work by a private company, Randox Testing Services, that analyses blood, hair and urine for drink or drugs. Problems have arisen mainly with motoring offences.

About 10,500 test reports issued by by Randox to the police resulted in prosecutions and, for many individuals, a criminal conviction. These reports are now being checked by other laboratories because the safeguards installed by the company to ensure the reliability of the reporting of test results appear to failed, allegedly overridden.

Already – about a quarter of the way through an estimated three-year process – 40 convictions have been quashed and 50 prosecutions have been dropped. In the meantime, incorrect reporting may have meant the loss of a driving licence, sometimes leading to the loss of the motorist’s job.

These examples reflect how the legal system is increasingly dependent on expert scientific or technological analysis. But when the institutions undertaking such work fail, the problems caused are likely to affect many people. In addition, responsibility for putting things right is shared with private companies through outsourcing arrangements where risks are often largely ignored (as is clear from the collapse of construction giant Carillion).

This was seen when the company Key Forensics, which had been brought in by the police to check Randox results, almost went out of business because of aggressive public sector procurement policies that forced it to accept loss-making contracts.

Forensic science crises result in additional demands on the police at a time when the nature and frequency of some crime is changing rapidly due to technology (such as increased fraud through cyber-crime) and geopolitical threats (such as the use of the nerve agent Novichok in Wiltshire).

Meanwhile, fiscal austerity has reduced police capacity – there has been an an 18% reduction in police staff between March 2010 and March 2018. And a parallel 33% (in real terms, between 2011-12 to 2017-18) reduction in criminal legal aid expenditure has diminished the legal profession’s ability of to challenge questionable scientific evidence and incorrect disclosure practice.

Fiscal austerity has certainly contributed to the forensic science community’s sense of crisis. Research by myself and colleagues at Northumbria University’s Centre for Evidence and Criminal Justice Studies has identified a 28% real-terms cut in expenditure in a decade and a further targeted reduction of 43% over the coming ten years. Much of the concern about forensic science arises from such a pronounced decline in forensic science funding, together with procurement practices that are incapable of distinguishing between the cost and the value of scientific and technological experts’ work.

But the underlying cause is organisational failure within government. At present the UK has extremely narrowly focused public service priorities and there is little or no space for independent scientific and legal influence over resource allocation and policy making – or even a balanced consideration of the bigger picture.

We are not alone in reaching such conclusions. They were later echoed by the Forensic Science Regulator, who – having described in her 2019 Annual Report how UK forensic science and technology is “lurching from crisis to crisis” – also judged that solving the present grave financial and institutional problems requires a fundamental reform of governance and strategic policy making:

Public sector finances are limited everywhere, but the risks to forensic science provision are close to existential. A complete rethink of the structure, funding and oversight of forensic science is urgently required; minor alterations will not suffice.

As the legal system becomes increasingly reliant on scientific and technical evidence, effective safeguards must be in place. Meanwhile, criminal justice organisations must be properly resourced to ensure that the search for, reporting or use of such evidence is done with integrity.