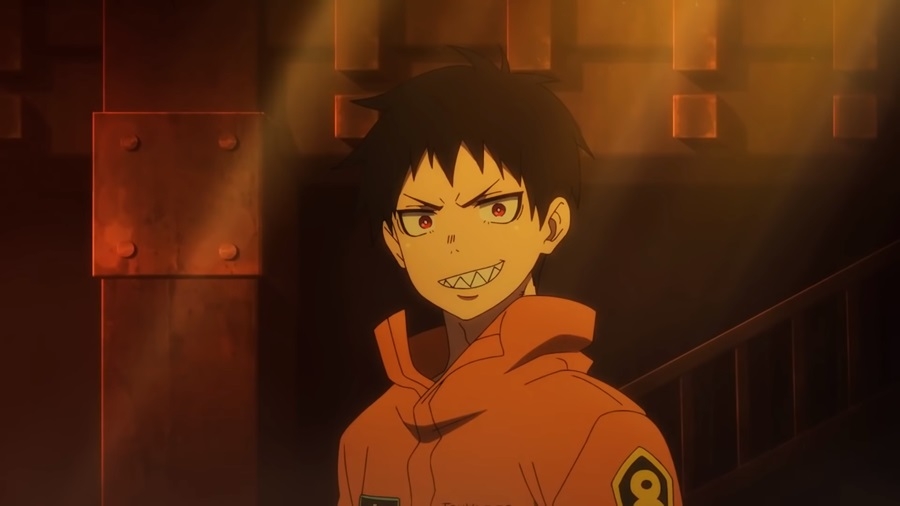 Photo via Screenshot of AnimeTV チェーン/Youtube

“Fire Force Chapter 193” will be continuing the fight between Shinra and Burns. The match has proven to be quite popular among fans so far, with some expressing their appreciation of how Burns has been written as a character.

It’s still unclear if “Fire Force Chapter 193” will end the fight between the two pyrokinetics. After all, the previous releases have time and again emphasized that both men are quite stubborn when their principles are being challenged.

But Joker may have hinted how this exchange will be concluded. In the previous chapter, the card-wielding fire-user said that the fight will not end until Shinra surpasses Burns. Going by this dialogue, “Fire Force Chapter 193” could be setting up Shinra to exceed his current power level.

Fire Force Chapter 193 might have Shinra increase in speed

There are certainly hints about this as the persistent protagonist is adamantly refusing to give up despite the disparity in skill and power, urging himself to surpass his speed. Meanwhile, Burns seems to be pushing the recruit to his limits, appearing to mimic what a mentor would do who wishes his student to become stronger. In any case, “Fire Force Chapter 193” will be an action-packed release, so it’s understandable that the fan base is hyped for the unfolding conflict.

On the sidelines, Joker remains a spectator and is allowing Shinra to handle himself. This, too, is another indication that “Fire Force Chapter 193” could push Shinra to break his limits. Joker knows all too well the difference in power that are at play but is refusing to lend a hand to see the full capabilities of the promising recruit.

In the meantime, Arthur and company are faced with a tremendous challenge battling the powerful draconic human. The intimidating villain proved to be far more powerful than was initially assumed as he managed to take on the full might of Arthur’s Excalibur. “Fire Force Chapter 193” may also touch upon this fight to see how the team will handle this massive threat.

Perhaps series writer Atsushi Okubo is also looking to upgrade the power levels of the secondary characters as well. With Shinra poised to undergo a massive transformation, this could very well be the case. As for the release date of “Fire Force Chapter 193,” it’s slated to come out tomorrow, Oct. 17, Otakukart reported.