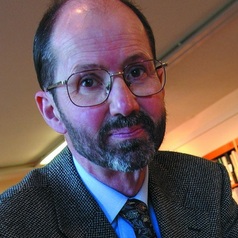 Two long-term trends in society call into question the traditional tax-and-spend welfare policies of the left. Globalisation has reduced the number of secure, well-paid jobs in manufacturing industries and helped accelerate the growing inequality between those at the bottom and those at the top, whether in or out of work. And social and political shifts have fragmented community solidarity, eating away at public support for decent welfare benefits for the unemployed, even among Labour voters.

Welfare policy faces an uphill struggle, where even as poverty grows worse most people seem quite unconcerned about it. So a new report from the think-tank Civitas, launched by veteran Labour MP Frank Field and parliamentary researcher Andrew Forsey, should be given credit for positive thinking. The report, Fixing Broken Britain?, puts forward a programme of welfare reform based on what they see as the successes of the policies of the 2010 coalition and 2015 Conservative governments.

These are assessed on three criteria: helping claimants into work, delivering savings to the taxpayer, and making those households struggling to survive on a low income better off than they were previously. By this measure, the report awards the 2010-2015 Liberal Democrat/Conservative coalition a score of two out of three, arguing that “the government has delivered a drastic reduction in unemployment” and “gained success many times over with its policy of making life on benefit that much more difficult.” But on the third measure the authors argue that while employment increased under the coalition, the government failed to generate secure, lasting jobs that paid enough to keep working families out of poverty. The authors list several other failures. Numerous cuts and constraints on departments and local government have exacerbated poverty among workless families. Universal Credit, if it is finally rolled out, seems certain to reduce living standards further for low-waged and workless families according to official DWP statistics. Cuts to housing benefit in a situation where there is little expansion of affordable housing will also reduce living standards.

The report also identifies areas where policies could be improved, not least by addressing the effects of sanctions on tens of thousands of benefits claimants each year.

The authors argue powerfully for a national productivity strategy in order to create more stable and well-paid jobs, pointing to the new National Living Wage due to be introduced in April as a way to a “lower tax, lower welfare, higher wage society”. But the National Living Wage offers very little extra to most low-paid workers.

They propose a number of concrete reforms, chiefly designed to focus Tax Credits solely on families with children, help vulnerable groups in very low-paid jobs, such as those with mental or physical health problems, and revamp Job Centres to help claimants plan their return to work over a period of time – rather than focusing on targets to remove benefit claimants from the rolls.

Most commentators agree that Britain has failed to achieve the levels of productivity needed to pay decent wages to substantial parts of the workforce, and that this should be remedied. Data from the OECD show that in the 2000s UK productivity exceeded that of France, Germany and the eurozone average. But since 2007 it has dropped, falling behind that of Germany to a level comparable to France and the eurozone average.

Unfortunately solving this problem will require much more than modifying the tax credit and benefit system: it must at the least include investment in human capital, raising education standards, expanding training opportunities and making paid work more family friendly. The report praises the coalition for “strengthening the family”, for example, but doesn’t mention that childcare costs in the UK are among the highest in the developed world – a powerful disincentive for parents to go back to work.

Nor does it point out that the coalition withdrew considerable state sector investment, while at the same time failing to encourage the private sector to make up the difference. Private sector investment in the UK as a percentage of GDP collapsed in 2007 and has failed to recover. It now stands at about three-quarters of the G7 average.

Field and Forsey are remarkably positive in assessment of the coalition’s welfare strategy, although they agree that it has achieved cash savings by impoverishing those at the bottom. They may be right to point to better productivity as a way forward, but they tell us nothing about how we can get there.

Peter Taylor-Gooby receives funding from the Economic and Social Research Council and NORFACE.